Association of Scouts of Azerbaijan pay a visit to Martyrs` Lane on January, 20th.

Association of Scouts of Azerbaijan pay a visit to Martyrs `Lane on January, 20th, that is the black day for Azerbaijan. Black January (Azerbaijani: Qara Yanvar), also known as Black Saturday or the January Massacre, was a violent in Baku on January 19–20, 1990, pursuant to a state of emergency during the dissolution of the Soviet Union and following violence against Azerbaijani population by Armenians in Baku.
In a resolution of January 22, 1990, the Supreme Soviet of Azerbaijan SSR declared that the decree of the Presidium of the Supreme Soviet of the USSR of January 19, used to impose emergency rule in Baku and military deployment, constituted an act of aggression. Black January is seen as the rebirth of the Azerbaijan Republic. It was one of the occasions during the glasnost and perestroika era in which the USSR used force against dissidents.
Other estimates indicate that between 133 and 137 civilians died with unofficial number reaching 300. Up to 800 were injured and 5 went missing.  An additional 26 people were killed in Neftchala and Lankaran regions of the country 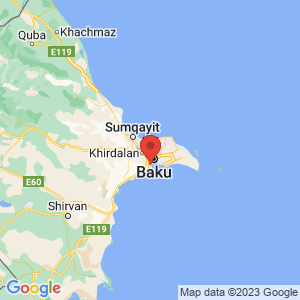