50 leaders from the National Scouts Association from Moldova attended this activity. The final aim was to understand the importance of involving children from vulnerable families or those who are educated just by one parent or alone, as a result of emigration.
During these days the evaluation of all the events from different groups, regions and across the country as a part of the "Messengers of Peace in Moldova" was presented, activities that have been in progress throughout the year. Also, the best practices of implementing this through the scout method were presented, the work of each leader and their cooperation with children from socially vulnerable families or whose parents are abroad.
A major point was the revival of the national scout newspaper " Cercetasul" - ​​a special edition dedicated to the topic "Together in Scouting, Together for Peace", where was presented the most important events that had a major impact both in the child's life, group leader and NSA Moldova. Some of the winning drawings contest "Together with parents, life is better" were also published
One thing remains to be mentioned: this project for one year involved nearly 1000 children of different ages, social status; about 50 leaders of which 10 new leaders trained using the Scout method; 10 new scout groups formed and millions of smiles given every day by Scout activities.

by Maria Bobeica I...
from Republic of Moldova, 7 лет назад 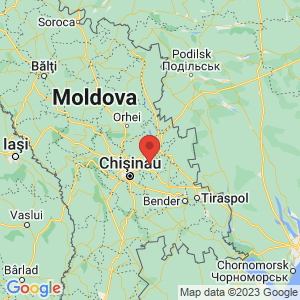 Sustainable Communities
Good Health and Wellbeing
Reduced Inequalities
Peace, Justice and Strong Institutions
Are you sure you want to delete this?
Welcome to Scout.org! We use cookies on this website to enhance your experience.To learn more about our Cookies Policy go here!
By continuing to use our website, you are giving us your consent to use cookies.