Early sunny morning on October 27 Scouts of the Scout group "Totem" met at the train station to start an interesting journey, and for some of them it was a real challenge.
During the World War II, in the Bukryn bridgehead in 1943 there was an attempt to rescue the capital of our country - Kyiv. But it was only an attempt, a tragic attempt. Panzer Army under General Rybalko went in the attack, but unfortunately, the terrain of that place hasn’t been considered and the tanks weren’t able to maneuver and to defeat the enemy army. Many lives have been given for this attempt, but they were not useless, after a short while, a new offensive attack on the part of the Lyutizh led the Soviet army to victory. Kyiv was liberated.
Our bicycle tour was dedicated to these fallen soldiers.
The journey was challenging and interesting, there were many ups and downs, we watched as the sun rises and sets, and we passed the night in a house that one man built with his own hands in the Slavic style. During the route we were repairing our bikes several times, but eventually reached the destination and went home.

NikaGorovska from Ukraine
Posted 4 года ago 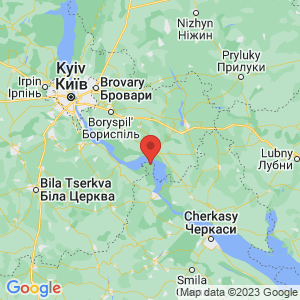