"Scout - the leader of next generation"

Starting from September 1, 2018, the project "Scout - Leader of the Future Generation" has been launched within the "Community Building Initiatives Program" of the US Embassy.

As we have already noted, the main objective of the project is to support children living in Jabrail IDPs village, located in Bilasuvar, creating opportunities for children, teenagers and young people to become next-generation leaders, and developing their modern world-wide personal qualities such as teamwork, volunteering, entrepreneurship, and organizing. To reach this goal, the project has several responsibilities. These include:

- Promotion of the project among the public;

- Bringing up volunteer young people in this field;

- To make the daily lifestyle of children and teenagers effective by raising leadership, scouting knowledge and skills of young people through scouting training and master classes;

- Increase the number of children, teenagers, and youth who will be a member;

- Introducing participant of "Future Leaders Exchange" in the region and propagation of the possibility of  children, teenagers and young people living in refugee camps to benefit from this program in the future;

For to implement  tasks arising from the purpose of the aforementioned project, will be using the support of  the  "Mubarizlar" Scout Group, which has been active for more than five years in Bilasuvar, as well as other volunteer members of the  Association of Scouts of Azerbaijan;

It should be noted that there are 11 settlements in the area of Bilasuvar, totally 4456 houses, 18262 of them live displaced persons from Jabrayil. There are 11 modern schools in 11 settlements, each with 280 seats.

by Association of ...
from Azerbaijan, 1 год назад 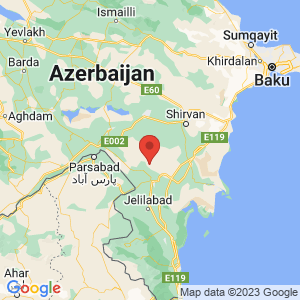