In the period of June 3-4, 2017, in the eve of the World Environment Day,in the "Scout Update" "Messengers of Peace" projects, was organized the 3rd expedition on the shore of Nistru river with the purpose of explorating the fauna and flora from the meadow, the host of the event was the scout group
“FiorulPadurii” from village Slobozia, Ştefan Vodă.

The director of the Green Museum in Stefan Voda, Mrs. Tatiana Marin informed scouts about the current situation of the fauna and flora in area of Nistru river, the scouts were introducedabout the ecological problems in this place. After visiting the Green Museum the scouts went to the hight Lomachin, near the village Răscăieţi, where they stretched their tents.

On June 4, the scout group” Fiorul Padurei” spent the activity “About the Nistru river hearding from the people", discussing with the people from Răscăieţi what the river mean for them. At the village museum the scoutswas impressed with the many exhibits that proved the horrors of The Second World War, the heroic deeds of soldiers fallen at the Nistru river battles.

Excursion on the shore of the Nistru river, the escalation of the trail, the meeting with the animals, the lock of the birds will remain in the memory of the participants at the Nistru Expedition 2017.

by National Scout ...
from Republic of Moldova, 2 года назад 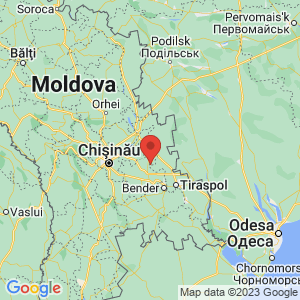