Helping to make a local housing development safer for children

A local housing development had two problems: Firstly they had a lovely green space for kids to play on but was it was beside a busy road with a bad corner. In recent months tragedy was narrowly avoided on a couple of occasions as kids ran out after footballs or simply playing into the path of cars that were negotiating the bad corner. Secondly, the residents association had a plan to solve this (extending a flower bed and planting past the bend to force kids to cross further up where cars had come through the corner) but didn't have the numbers of volunteers to complete the project. The scouts heard about this and offered to help. After a planning meeting at which the time, tools, plants and skills that would be required were agreed and acquired the scouts went on site with Scouters and the residents association. Stage 1 was ground preparation - marking often the work area (including placing cones on the edge of the road for safety) and digging out the new bed. Stage 2 involved planting the new plants in the agreed design which was intended to both be aesthetically pleasing while also creating a natural barrier to deter children from entering the road at the corner. Stage 3 saw the addition of water and top soil to the general bed. Stage 4 was clean up and clearance to leave the area as close to its previous condition as possible. The project was a huge success on a number of levels. Most importantly the safety issue was resolved and the children are crossing at a straighter part of the road. The scouts had to work effectively as a patrol to complete the task. The profile of the scout group was raised in a very positive manner and in the course of our work we received many queries about membership etc. The local community was better off for having a scout group in the area. Finally, we also had great fun!

wandooritc from India
Posted 5 лет ago

wandooritc from India
Posted 5 лет ago

jocuri from Canada
Posted 5 лет ago

children are our future

by TicTac16Kildare
from Ireland, 5 лет назад 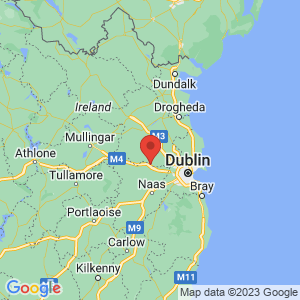 Sustainable Communities
Good Health and Wellbeing
Reduced Inequalities
Are you sure you want to delete this?
Welcome to Scout.org! We use cookies on this website to enhance your experience.To learn more about our Cookies Policy go here!
By continuing to use our website, you are giving us your consent to use cookies.