Institutionalizing Messengers of Peace in Kenya

The main objective of this project is to produce promotional material and set up a National Messengers of Peace Team, with relevant skills and clearly defined responsibilities to spearhead efforts to promote, monitor and support the growth of the Messengers of Peace Network in Kenya so as to inspire as many people as possible in the country to join and actively contribute in promoting peace and improving their communities through initiatives that address local needs; and thus provide a framework for dissemination of Messengers of Peace to all parts of the country.

The project activities were as follows:

2. Conducting a National Dissemination Workshop: A two day sensitization workshop was conducted during the Foundree camp held at Kaburini Showground in Nyeri on 21st and 22nd February 2014

3. Production of Promotional Material: A variety of promotional materials were designed and produced to help with brand visibility and aid in the dissemination of Messengers of Peace across the country. These included Posters, Flyers, Banners, National MoP Scarf and a Community Action Handbook.

Some of the challenges encountered include the following:

• Disbursement of project funds was delayed by over a month thus leaving very little time for the implementation
• Limited ICT capacity to effectively run the online registration of people and projects on www.scout.org
• Inadequate funds to produce more promotional material and to facilitate access to the grassroots
• Finding convenient times to gather all volunteers together was challenging since they all have other daily engagements

Some of the Positive Outcomes achieved include:

• Reduced workload, better coordination and greater effectiveness as a result of delegation of responsibilities within the National MoP team
• Increased awareness about Messengers of Peace
• Enhanced visibility and ease of dissemination brought about by the increased access to promotional materials.
• New opportunities for collaboration presented by willing partners

Some of the lessons learnt include:

Project Indicators
• A total of two thousand three hundred and seventy three (2,373) Scouts and fourteen (14) Non Scouts were reached
• Seven (7) volunteers and five (5) leaders took part in the project
• Chief Scouts appointed by the President as Peace Mediator
• 19 new projects registered by the Scouts
• 20 Scouts shared their opinions on peace through the peace poll survey
• 14 Non Scouts took part in the project activities
• The UK High Commissioner to Kenya and the County Government of Nyeri expressed willingness to partners with Kenya Scouts Association to support Messengers of Peace
• Messengers of Peace is being involved by the National Cohesion and Integration Commission in the process of the formation of Amani Clubs in Schools across the country
• Two thousand (2,000) copies of A3 full colour posters
• One thousand eight (1,800) hundred copies of A5 double-sided, full colour flyers
• Three (3) horizontal 4 metres by 1 metre PVC banner
• Forty (40) pieces of MoP Kenya national scarves
• An MoP Community Action Handbook was developed and distributed in soft copy

In future we plan to use the outcomes of this project to do the following:

• Establish Messengers of Peace Teams in each of the 47 Counties
• Entrench Messengers of Peace as a compulsory badge in the progressive scheme of every Scout section
• Work with the Training department to incorporate Messengers of Peace as a component in the adult leaders training courses at PTC and Woodbadge levels
• Disseminate more information and promotional material through the quarterly “Scout Voice” newspaper among other channels and platforms
• Conduct regional capacity building workshops to create awareness and enhance the participation of more young people in MoP projects and activities
• Revitalize and strengthen the Extension Scouting Programme
• Support the growth and development of Scouting in marginalized and conflict prone areas of Northern Kenya
• Spearhead the running of Amani Clubs in public schools across the country
• Support at least one youth-led project community service project in every County.
• Support KSAs plan to recruit 1 million Scouts by November 2014

by Messengers of P...
from Kenya, 5 лет назад 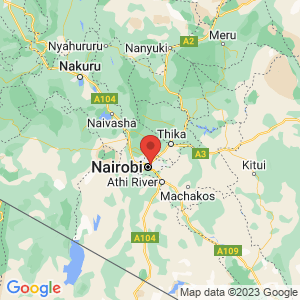 Sustainable Communities
Peace, Justice and Strong Institutions
Responsible Consumption and Production
Quality Education
Affordable and Clean Energy
Decent Jobs and Economic Growth
Are you sure you want to delete this?
Welcome to Scout.org! We use cookies on this website to enhance your experience.To learn more about our Cookies Policy go here!
By continuing to use our website, you are giving us your consent to use cookies.