Scouting for Food" started at 9:00 AM at "Our Savior Lutheran Church" at 825 South Taylor Street in Arlington - Chambray shirts over the top of scouts sweatshirts, as the morning was very cold .

One of our Sea Scouting movement "Pillars" our program is built-on is “Service Beyond Self.” Sea Scout Ship 1942 knows how to have maximum FUN. Our teen youth are some to the very best sailors on the entire Chesapeake Bay. The advanced nautical skills and seamanship training you teens are introduced to over a 4-year high school period, rivals what is taught at the Naval Academy, U.S. Merchant Marine Academy, and the Coast Guard Academy. The only training those Midshipman and Cadets receive that you do not is Celestial Navigation (and that’s almost obsolete at sea, with today’s GPS navigation).

The Ship 1942 always present a “balanced” program to our teen Sea Scouts. As we head into the Holiday Season, we added this activity to address service in our ship.. Not “service” because their high school curriculum requires 25, 50 or 100-hours of service to graduate. This is “service to others” where you expect nothing in return.

"Don't give up the ship!" Tradition has it that Captain James Lawrence said these heroic words after being mortally wounded in the engagement between his ship, the “U.S. frigate Chesapeake”, and “HMS Shannon” on 1 June 1813. As the wounded and dying Captain Lawrence was carried below decks, he ordered, "Tell the men to fire faster! Don't give up the Ship!" .

Although “Chesapeake” was forced to surrender, Captain Lawrence's words lived on as a rallying cry during the War of 1812. Commodore Oliver Hazard Perry honored his dead friend Captain Lawrence when he had the motto sewn onto his private battle flag flown during his stunning Squadron victory over, up to that time the World’s best and undefeated British Royal Navy in the Battle of Lake Erie, 10 September 1813.

Across the Washington, DC metro area in order to foster ongoing, Gospel-centered relationships. MBC is able to assemble thousands of “Turkey Boxes” that include all the elements of a traditional Thanksgiving dinner – from a frozen turkey to veggies, dessert and more! Each box serves an entire family of 10 a complete Thanksgiving Turkey Dinner.

For Turkey Outreach, the lower part of the parking garage at MBC Tysons becomes one big assembly line. Now in our 17th year, this is what many volunteers associate wiThis is not a proselytizing attempt from your Skipper – it is an opportunity for service you may wish to join him in? The church I attend, McLean Bible Church, every year puts on a “Turkey Outreach” where we pack-up in boxes complete Turkey Dinners to feed families of 10 and then distribute them all over the DC Metro area for families that are much needier than any of ours. We simply want these families to be able to celebrate Thanksgiving together and not go hungry. Here where we are asking every year the scouts is to help support alongside your Skipper. and mates, in this year "Turkey Outreach" at McLean Bible Church - SATURDAY, November, 23

What Is "Turkey Outreach"? Turkey Outreach is an annual outreach of McLean Bible Church that provides Thanksgiving dinners to thousands of families in need th Turkey Outreach. Where? MBC Tysons Campus: 8925 Leesburg Pike Vienna, VA 22182. We ask all volunteers to park on the upper deck or on the new side of the building and stop by the volunteer check-in stations in order to keep the lower deck clear for assembly and truck loading.

Boxing Brigade: Around 8:00 am, the boxing begins! You can come and join the assembly line of boxing up the Thanksgiving meals. We assemble thousands of boxes, so we definitely need a lot of hands. Serve alongside hundreds of other volunteers as we unload tractor trailers of food to be assembled in boxes and then sent out for distribution. There is no need to sign up, just bring yourself, your small group, family and friends to the lower level of the MBC Tysons parking garage. We will most likely end no later than noon. Don’t Give up the Ship, Skipper Ballew

by YOUTH AMBASSADO...
from United States of America, 6 лет назад 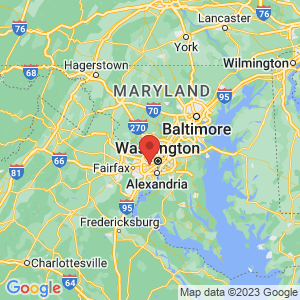 Sustainable Communities
Zero Hunger
Responsible Consumption and Production
Life Below Water
Are you sure you want to delete this?
Welcome to Scout.org! We use cookies on this website to enhance your experience.To learn more about our Cookies Policy go here!
By continuing to use our website, you are giving us your consent to use cookies.