Car Free for Save Heritage AND Society in Bhaktapur, Nepal

We all think that the vehicle is a sign of development of city or country... but nobody think the effect of vehicle in economy, society, culture and other Heritage site.
Bhaktapur is only a living cultured city of Nepal. It's history goes back to BC period.(Inscription of 5th ADE at ChanguNarayan.) Until the early 18th century,, the ancestors protected the city as a sovereign country surrounding it with boundary walls and a number of city gates. Shaped like a Flying pigeon, the city spreads over an area of 6.88 sq.km. and lies at 1401 meters above the sea level. Bhaktapur givese shelter to almost 100 thousand people, most of whom are peasants.

According to E.A. Powell (The Last Home of Mystery) 1929,London, "were there nothing else in Nepal, save the Durbar Square of Bhatgaun/Bhaktapur, It would still be amply worth making a journey half way round the globe to see."

A blend of northern art and southern mythological philosophy, the aged arts, architecture and culture are the heritage of Bhaktapur thet it inherits from the earlier generations. The Nepali Styled/Pagoda and Shikhara style temples, Viharas, and Bahis (Traditional Buddhist monasteries), Lohan Hiti (Stone spouts), pound , Matha and sattals (Public shelters), Stupas, City gates, terracotta temples, and other cultural and historical heritages are the major monuments of the ancient city.

Admiring the preservation efforts of this cultural city Bhaktpaur, UNESCO honored it with "The First Honorable Mention" for the Asia-Pacific region in 1988/99. And the Transparency International also awarded the city as "Island of Integrity" appreciating is economic discipline and transparency. And Bhaktapur Durbar Square was enlisted in World Heritage Site in 1979 AD.
But Now days the added number of vehicle in Bhaktapur had been affected in the heritage as well as society and social life. In this case nobody care that effects. The core area of Bhaktapur was made for walk or pedestrian, not for vehicle, but in the present pedestrian need to compete with vehicle and the road of core area of Bhaktapur also narrow and the question is 'where to walk with vehicle in road?'

So we (Carfree.com) went to a local leaders and society, Police, schools for awareness program about the effect of vehicle and the vehicle is the major cause of the health problems, problem of Isolate, tourism, economy and other factors. and we still demanding the core area of Bhaktapur should be the carfree of vehicle free area to more developed in many factors.

Good
Car Free for Save Heritage AND Society in Bhaktapur, Nepal 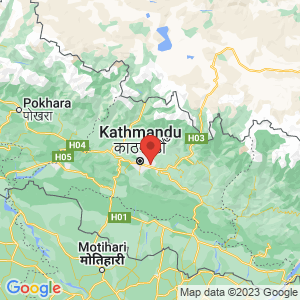 No Poverty
Zero Hunger
Good Health and Wellbeing
Reduced Inequalities
Sustainable Communities
Peace, Justice and Strong Institutions
Decent Jobs and Economic Growth
Industry, Innovation and Infrastructure
Are you sure you want to delete this?
Welcome to Scout.org! We use cookies on this website to enhance your experience.To learn more about our Cookies Policy go here!
By continuing to use our website, you are giving us your consent to use cookies.