In a symbolic protest on the World Environment day, more than 200 activists, students, environmental campaigners, cyclists and pedestrians laid dead on the ground on Sunday, demanding the government take urgent action to ensure constitutional right to live in a healthy and clean environment.

The campaigners organised a flash mob in front of Rastriya Sabhagriha in Kathmandu, where people joined them and laid down on the ground to protest against the government inaction to control worsening environment.

Shreni Rajbhandary, organiser of the event, said that they have urged the government to declare Kathmandu Valley a 'Mask-Must Zone’.

According to the Environment Performance Index 2016 prepared by Yale University in the US, Nepal is ranked 149 among 180 countries in terms of protecting human health and environment. Nepal also ranks 177 in terms of its air quality.

While cities around the world including neighboring countries are taking stringent action to improve air quality, Nepal is yet to prioritise air pollution as major public health issues and act accordingly, environment activist say. 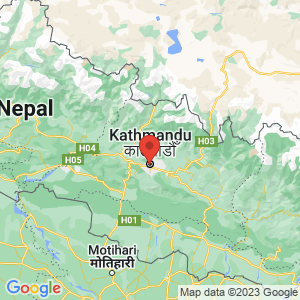 No Poverty
Zero Hunger
Good Health and Wellbeing
Reduced Inequalities
Are you sure you want to delete this?
Welcome to Scout.org! We use cookies on this website to enhance your experience.To learn more about our Cookies Policy go here!
By continuing to use our website, you are giving us your consent to use cookies.