To celebrate the joyous moments of the Victory Day, a cultural programme titled 'Hajaro Konthe Deshgaan' was held on December 16 at the Central Field of University of Dhaka. In association with University of Dhaka, the programme was organised by Chhayanaut, a cultural organisation devoted to the practice and preservation of the cultural heritage of the country. This was the fifth edition of 'Hajaro Konthe Deshgaan'.
Commencing at 3:45 pm, the programme marked its ending with the rendition of the National Anthem at 4:31 pm. This year's programme featured total eight group songs along with dance performance. Singer Shejuti Barua and singer Biman Chandra Biswas appeared on stage with their solo performances. Noted elocutionist Vashwar Bandopadhyay graced the evening with the recitation of poems.
This program was volunteered by 13th Hussars Open Rover Scout Group

by Elham
from Bangladesh, 2 months ago 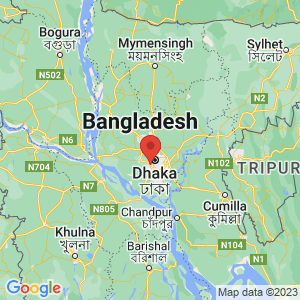