On 15 September 2018, me and my fellow scouts participated in the annual International Costal Clean-up (ICC) where countries all over the world went to beaches and other seaside areas to clear-up the rubbish. This year the clean-up was also in conjunction with a project called Restore Ubin Mangroves (R.U.M) conducted by the National University of Singapore. Helping to clear-up the rubbish will make it easier for the currents in the ocean to bring mangrove seeds in to help restore the mangrove swamps damaged by the old fishing farms. The clean-up was conducted by the Nature Society Singapore and our location was one of the beaches on Pulau Ubin, an island located on the northeast of Singapore. Me and my fellow scouts assemble at 7.30 am at Changi Ferry Terminal to take attendance before boarding the bumboat to Pulau Ubin. Some of the other paticipants also include members of the public. After arriving at Pulau Ubin we were given a short briefing before being split into groups. My group was allocated the middle of the beach to clean-up. We were then transported by a van to the location before walking through a dense forest to get to the beach. Being given only 1 hour, the international standard, to clean-up, we quick gathered as much rubbish as possible. The most common rubbish we found included plastic bottles and small pieces of styrofoam, which was very important to take as these small pieces of styrofoam may be consumed by marine life. Some of the unusual things we found include and radio, a barberque grill, and clothes. At the end of the clean- up we manage to collect a total of 114kg of rubbish!! Overall I felt that this activity was very meaningful to me, because saving the environment is one of my few passions.

by Aaron Ing
from Singapore, 1 year ago 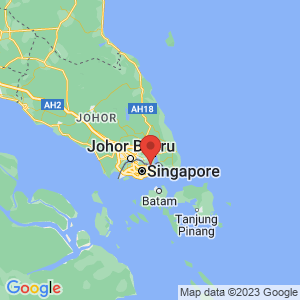 No Poverty
Zero Hunger
Decent Jobs and Economic Growth
Industry, Innovation and Infrastructure
Reduced Inequalities
Are you sure you want to delete this?
Welcome to Scout.org! We use cookies on this website to enhance your experience.To learn more about our Cookies Policy go here!
By continuing to use our website, you are giving us your consent to use cookies.