I want to express my gratitude and to thank a lot the National Association of Scouts from Moldova for a successful "Scout Update" Messenger of Peace project that allows national scout groups to mobilize and organize mini projects by themselves. Thus, three groups from the South of the country decided to apply for a grant to explore the picturesque places of the Republic of Moldova, organizing and taking part in an extraordinary trip. Starting on May 20, I have not imagined I'd see such a beauty.
The first place we visited was Hâncu Monastery and thus, we learned a lot of interesting things about the history of this monastery. I want to share with you some historical facts which I have never heard about before the trip. The monastery is situated on the bank of the river Cogâlnic. Hâncu Monastery was built on a place where a nunnery was situated before. The construction began in 1678 by the great stepladder Mihail Hâncu.
The legend says that Hâncu, needing a great army to dethrone Gheorghe Duca, received help from a ministry Apostol Durac, and then from the cleric Sorocean Constantin, to whom he promised to give his daughter the chance to marry with. But, approaching the day of marriage, she refused to marry her father's ally, fleeing from her father's house and hiding in a lair. Mihalcea Hâncu's daughter spent some time in the cave, being found by the hunters that were looking for her. The girl refused to leave the cave. Then her father, Mihalcea Hâncu, came to her and asked her to leave the cave. The daughter accepted, only with the condition that she would come out only after she would hear the sound of the bells of a church. Thus, Mihalcea Hâncu gave the order to build a church, where later a daughter spent his life.
Following the Tatar invasion in Moldova, the church and related buildings were burned and destroyed, and the hermitage was completely ruined. As a result of these misfortunes, the nuns were forced to leave the hermitage.
In 1784, in the abbey of the monastery, Egumen Varlaam II built several cellars for monks and a wooden church.
In September 1949, Hâncu Monastery was closed, and in 1992, after a period of 43 years in which it was closed, Hincu Monastery restarted its activity.
The history of Monastery impressed me a lot!
The second place we examined was the Natural Reserve “Codrii”.

In 1971, based on the southern part of the Lozova Forest from the Straseni Forest Fund, was created the State Forest Reserve "Codrii", the surface of which initially constituted 2,7. This territory includes only the southern macropaint of the Botna River Basin and could not fully reflect the typical features of the geographic configuration of the Moldavian Power Plant, and Forest Reserves could not serve as a model for Codries of forest ecosystems.

In 1975, the Northern part of the Lozova Forest District was transferred to the reserve, thus the total area of a reserve expanded to 5177 ha and the area occupied by forests - up to 5004 ha, Codrii becoming the first scientific reserve from Moldova. The reserve is a unique forest massif. To the South, West and North is surrounded by agricultural lands and fields, in the Northeast it is bordered by forests of the Straseni Forestry Fund.

While going to the third place we have visited, I was amazed by the beauty of the churches of St. Nicholas Monastery in Condrita, with a community of monks, a place of praying still present in the heart of the Republic of Moldova. A local legend says that through these forests a outlaw named Condrea had a hideout, and from his name the current place is named in such a way. The dates of the first monastic settlement are not certain.

It is known, however, according to the documents that in 1783, the Ieromonah Joseph, together with some monks from Capriana Monastery, came and settled in this place. That's how Condriţa Hermitage was given birth. There is still not too much data about them.
The evolution of communism and atheism has not passed here without leaving their paths behind. Thus, in 1946, some of the monastery buildings were occupied by the School of Forestry from the locality. The Forestry School, was functioning within the monastery until 1960. After 1960, the monastery complex in Condrita was transformed into a rest camp, functioning until 1993. Condriţa Monastery was re-established only in 1993.
The fresco of the church remained the old one, because it was covered with lime and kept intact. In the courtyard of the monastery there is an old stone, with the sign of the cross dug over it and an indelible inscription. In the opinion of the monks, this stone indicates where the old 18th-century wooden church was located.
The Condrița Monastery reminded me of Orheiul Vechi.
As we started going to the fourth place, I realized I was going to see beautiful and interesting places with the National Scout Association of Moldova.
As we got to the fourth place, I understood that I could not ask for more knowledge because I got enough new information about my country. Capriana Monastery is a place where I have been not only once. Knowing where I am, I've discovered something more interesting and beautiful.

There are some hypotheses regarding the founding of Capriana Monastery. The original monastery was called Visnazat, after the name of the nearby river (which today is called Isnovat). From the time of Ștefan cel Mare (Stephen the Great) (year 1470), there are two documents where the passage of the "Vişnăvăţ Monastery" is under the protection of the Neamţ Monastery. In the fourteenth decade of the 16th century the name Vişnăvăţ is replaced by the name Căpriana.

At Capriana there was also the largest monastery library in Moldova with many valuable books and charts, including the monastery of Dobrovăţ monastery, which started with the first founder of the monastery - Ștefan cel Mare - and ended in 1821. Starting with 1818, Metropolitan Gavriil Bănulescu-Bodoni undertook extensive measures to reorganize and rebuild the monastery. The church "Assumption of the Virgin Mary" (1545) during this period is reconstructed almost from the foundation. The bell tower was built in 1812 and has 9 bells.
After 1947, they were banished to the monks and the monastery was transformed into a sanatorium for children suffering from turbellosis. At the beginning of 1989, it was reopened, with restoration works being started.

The new church, dedicated to St. George, was built from red brick in 1903, on the site of the former church "Ascension of Our Lady". Its architecture bears the mark of pseudo-Byzantine eclecticism and stylization, but it also contains some elements of the old Moldavian architecture.
With the help of our group Leaders, we have learned much more than we knew. Stunned by the history of Căpriana Monastery, we went to Marta and Maria Monastery.
The monastery was founded at the beginning of the 20th century. Since 1999, it is led by Mother Abbot Marta (Cusnir). Several years ago, the foundation of a cathedral was built on two levels: the Church of the Holy Mother of God Marta and Maria (summer church) and the Church of Saint Apostle Andrew (winter church).

After this stop we headed to Chitcani Monastery. The first impression we had was created by the magnificence of the 72-meter-long Bell Tower, the equivalent of an 8-storey house.

It was founded in the time of Prince Alexandru Ioan Cuza. In 1917, the monastery called New Neamt was strongly bombarded by the Bolsheviks. There is a tumultuous history for this holy place, and in 1962 it was closed, but a scroll with relics of several saints and a few icons is still saved. Soon, it was transformed into a hospital for tuberculosis patients. Churches got deposits, and the bell tower became a museum of Soviet military glory. The monastery reopened in 1989.
In 1994 the bell tower was restored. The largest bell, out of 12, has a weight of 8.7 tons. At present the monastery is the most visited and preserves a whole treasure of many sacred relics, icons and valuable scents.
I was impressed the most by the library from the Monastery that it is larger even than the library from our school.

Tighina Fortress was the last place we visited on our trip. A place where the history many peoples is united. I was impressed with the history of Tighina town. I spent a lot of time in towers and museums. Tighina, situated on the bank of the Dniester River, was one of the most powerful towns in Moldova. In the 9th-11th centuries, the native population lifted up a fortress, whose traces were found around Calfa. The name Tighina is due to the Cuman, who in the 12th-13th centuries reached the flocks around the passover. Some scholars claim that in Tighina in the 12th century a Genovese factor would have been founded. But the analysis of the sources attests that this would be impossible because the Genoese had the right to navigate the Black Sea in 1261 and at the mouths of the Danube and Dniester.

Tighina became an important point on the Moldovan trade road linking Western Europe with the East through the Danube from Isaccea, the Byzantine regions on the right of the Danube with Calfa, the Genoese colony in Crimea. This commercial path has also been called the Dacian Way. This road crossed to Tighina with the river road leading from Hotin to Soroca, the White Fortress and the Black Sea. At the end of the 15th century, a fortress of wood and earth was built near the old town of Tighina, thus encompassing the defensive system of medieval Moldavia and being one of the most powerful fortresses. This is confirmed by Dimitrie Cantemir, who noted in the "Description of Moldova": "Tighina, called by the Turks Bender, until recently a very strong fortress, and now by the Turks themselves fortified by many works from the Dniester. Dimitrie Cantemir considered it to be "the most fortified city of the whole country" until it passed into the hands of the Ottomans. Every wall of the fortress can tell you the history of the tab in the tab. After the words of our guide, during the Second World War, no bomb has fallen on the perimeter of the fortress.
I would like to thank again the National Scout Association of Moldova for giving the scout groups ”Cimbrișor”, ”Iedera”, ”Bâștinașii” the chance to explore this beautiful country through the project “Scout Update”.

by National Scout ...
from Republic of Moldova, 2 years ago 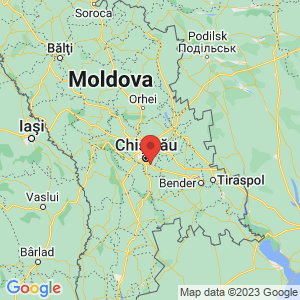 No Poverty
Zero Hunger
Life on Land
Peace, Justice and Strong Institutions
Quality Education
Are you sure you want to delete this?
Welcome to Scout.org! We use cookies on this website to enhance your experience.To learn more about our Cookies Policy go here!
By continuing to use our website, you are giving us your consent to use cookies.