The 4th DSC was a conference which brought Scoutleaders and Commissioners from the 20 Troops in our District to discuss on various topics.
'Messenger of Peace' initiative was also re-introduced to the participants, with the action plans drawn.

2. As per the resolution of the 4th Annual Scouts Conference, the land acquisition for the establishment of Regional Scouts Centre (RSC) in the Central Region (Bumthang) will be followed up by the DSA. In this regard the following areas have been identified to be followed by the DEO’s office.
- Kurkurbay Thang (the other side) area
- Chenrizig Thang (above the plantation) area

3. As per the resolution of the 4th Annual Scouts Conference, fundraising by scouts is allowed. DEO’s office will disseminate an Office Order to that effect. But the school-troops should get authorization from the concerned Principal and DEO’s office. Also 10% of the funds raised to be deposited in DSA account. (Action: All Schools)

4. Scouting on Social Media – Each school-troop will create profiles on Scout.org and upload activities. (Action: All Schools)

5. The present Community Based Scouting troop will be further subdivided into two with Jakar and Wangduechholing leading a CBS troop each.(Action: CBS leaders- JHSS/WLSS)

7. The BULT for Nachung Scoutleaders will be held from 1st to 5th May at Chokhortoe CPS. Non-teaching staff are also eligible to be trained for BULT (Action: Principal, Tang CS)

8. The Spiritual Retreat Camp for Scouts of Ura and Chumey gewogs will be held on 25th – 26th March at Sonam Kuenphen HSS.(Action: Scout Secretary/ Program Coordinator)

9. A Drill Camp will be organized for the Scouts. The details will be worked out by the Scout Secretary in consultation with DEO’s office.

10. A draft Scouts Action Plan 2017 will be circulated from the DSA. (Action: Program coordinator)

Nawang from Bhutan
Posted 2 years ago

Awesome! Cheers! Brother! U the man!!! So proud of you KK.

by Karma Kuenzang ...
from Bhutan, 2 years ago 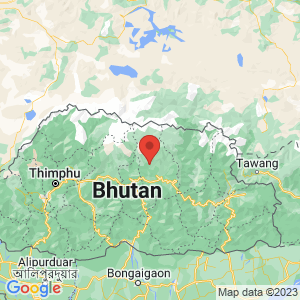 Sustainable Communities
Peace, Justice and Strong Institutions
Quality Education
Decent Jobs and Economic Growth
Are you sure you want to delete this?
Welcome to Scout.org! We use cookies on this website to enhance your experience.To learn more about our Cookies Policy go here!
By continuing to use our website, you are giving us your consent to use cookies.