On 25 February 2017 Scouts of Azerbaijan, Turkey and Georgia have planted together 613 fir trees in memory of the 613 Azerbaijani victims of Khojaly tragedy . The planted area is an area soil of which was cleaned from the pollution. Fir trees were selected as a symbol of eternal peace. Therefore Scouts from four different countries gathered together to create a small forest of peace and new life.
We want to remark that last year turkish, azerbaijanian , syrian and geaorgian scouts plated 613 olive trees in in memory of the 613 Azerbaijani victims of Khojaly tragedy .
We want to live in peace and shall not forget the crimes against humanity. We shall not let the bloody pages of history to be repeated.
613 civilians lost their lives during the massacre in Khojaly in Nagorno Karabakh region of the Republic of Azerbaijan on 26 February 1992.

mikeroch from United States of America
Posted 2 years ago

Planting trees is the best thing for scouts.
I missed this http://imp.mn/scoutwizar
Hopeful to be there next time.
- Mike Roch 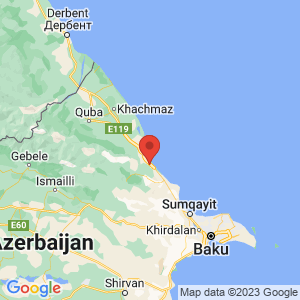 Sustainable Communities
No Poverty
Zero Hunger
Peace, Justice and Strong Institutions
Are you sure you want to delete this?
Welcome to Scout.org! We use cookies on this website to enhance your experience.To learn more about our Cookies Policy go here!
By continuing to use our website, you are giving us your consent to use cookies.