Scouts of Azerbaijan , Turkey and Georgia have marched to Khojaly Genocide Memorial for commemorating of the victims of Khojaly tragedy

More than 150 members of Association of Scouts of Azerbaijan and 80 members of Scouting and Guiding Federation of Turkey as well as 3 Georgian scouts have marched together from “Khojaly Genocide Memorial" to the direction of " Martyrs' Lane " with azerbaijani and turkish flags and full uniforms of Scout in order to commemorate martyrs on February 26 2017. They chanted Azerbaijani and Turkish anthem in front of the memorial. It showed the solidarity of our scout brothers from Turkey, Georgia and proved a real scout behaviour.

613 civilians were killed during massacre in Khojaly on 26th of February 1992, in Nagorno Karabakh region of the Republic of Azerbaijan.

We want to live in peace and shall not forget the crimes against humanity. We shall not let the bloody pages of history to be repeated.

Nice
Scouts of Azerbaijan , Turkey and Georgia have marched to Khojaly Genocide Memorial for commemorating of the victims of Khojaly tragedy

Xanthe123 from Armenia
Posted 2 years ago 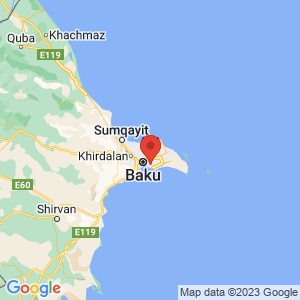