Scouts of Bilesuvar have marched to Martyrs' Lane

"Mubarizlar" Scout Group organized march in memory of the martyrs like every year on 20 January 2017 - for the 27th anniversary of the massacre carried out by the Soviet army. 5 Scout Group of different ages participated.
20 January 1990 is a day, which went down in history of the struggle for the freedom and territorial integrity of Azerbaijan, as a heroism page. Leading of the battle divisions of the Soviet army aimed against wide mass who got out in the streets and squares of Baku to protest against aggressive actions of the government of USSR had brought to the unprecedented tragedy in Azerbaijan. On those terrible days valiant sons and daughters of our Motherland, the country’s freedom, honor and dignity of whom was above all, sacrificed their own lives and rose to the top of shahid.Tragedy of January 20, which brought to huge losses and destruction of innocent people, demonstrated martial spirit, inexorability and pride of our nation, which couldn’t stand the policy of the government of Gorbachev headed criminal empire treacherous towards Azerbaijan, intended to the freedom and independence. As a result of it, we gained our independence many years we had been dreaming of and our country had achieved sovereignty.
27 years past from the day of Honor and Heroism! Azerbaijani nation stood up against Soviet Imperialism for its Independence! More than 130 people were killed by Soviet troops which entered Baku by order of Mikhail Gorbachev on 20 January 1990, who by irony received a Nobel Prize for peace 9 month later. 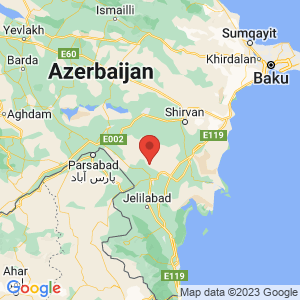