Association of Scouts of Azerbaijan held an event dedicated to the "Earth Hour".

Association of Scouts of Azerbaijan held an event dedicated to the "Earth Hour" on 19th March , 2016 in front of the Azerbaijan National Academy of Sciences (ANAS) in Baku .Scouts participated with other organizations' guys .Within an hour, main attractions of the city's had been disconnected from the power supply and decorated with the candles and Scouts of Azerbaijan have celebrated Earth Hour by making candles in the shape of Lily - the logo of ASA... All the participants of this adorable day were entertained with live music and spectacular fireworks show.

Earth Hour is a worldwide movement for the planet organized by the World Wide Fund for Nature (WWF). The event is held worldwide annually encouraging individuals, communities, households and businesses to turn off their non-essential lights for one hour, from 8:30 to 9:30 p.m. towards the end of March, as a symbol for their commitment to the planet.The tagline for the global campaign was "Change Climate Change", returning to the movement's original focus to initiate citizen action on global warming.
It was famously started as a lights-off event in Sydney, Australia in 2007. Since then it has grown to engage more than 7000 cities and towns worldwide.Over 170 countries and territories had confirmed their participation; with more than 1200 landmarks and close to 40 UNESCO world heritage sites set for the switch off. Today, Earth Hour engages a massive mainstream community on a broad range of environmental issues. The one-hour event continues to remain the key driver of the now larger movement.
Earth Hour is supported around the world by Woodland, CBRE Group,the National Hockey League, FIFA, UEFA,Manchester United, Hilton Worldwide, Girl Scouts of the US, World Organisation of the Scouts Movement, UNESCO, the UN Environment Programme, the International Trade Union Confederation, HSBC, World Association of the Girl Guides and Girl Scouts, Philips,Ikea, The Body Shop, ING Vysya Bank and more.

A cheers to "Earth Hour"

Association of ... from Azerbaijan
Posted 3 years ago 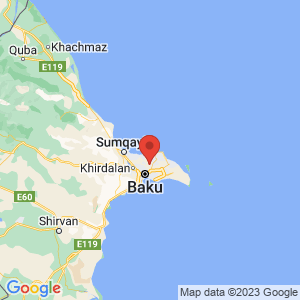 Climate Action
Sustainable Communities
No Poverty
Zero Hunger
Decent Jobs and Economic Growth
Industry, Innovation and Infrastructure
Affordable and Clean Energy
Are you sure you want to delete this?
Welcome to Scout.org! We use cookies on this website to enhance your experience.To learn more about our Cookies Policy go here!
By continuing to use our website, you are giving us your consent to use cookies.