Messengers of Peace in "The Agora" of 8th National Jamboree

As a contribution to the Messages of Peace, our National Jamboree takes an activity called "The Agora" in that style squares of ancient Greece, information is shared, recreational and educational experience through the presence of various community institutions, games knowledge and skill, micro workshops on numerous topics and disseminating data on Scouting and other issues of interest to young people.
Every morning arrive at The Agora over 1,450 young participants (11-15 years) with 240 adults animators who accompany. The activity takes place again in the afternoon with a similar number of participants who attend twice a day The Agora during the Jamboree activities program. More than 200 pioneers and rovers (over 16 years) and 50 adults, act as monitors at the various points of interest, while other 1700 young adults and older sections contribute to the development of this activity from their different roles in the Jamboree.
Under the leadership of Carlos Henriquez, leader of the city of Rancagua, in the Agora are three lines of activities: 1) Open Community: diverse society organizations and the Scout Movement itself presented by disclosing information booths and games lead and micro workshops for youth education, 2) Fair Entertainment: skill games and spaces accompanied by artistic presentations and 3) Mission Black Hill: nature hiking trails that next workshops are linked to life outdoors and care for the environment.
Osvaldo Yañez leads the line Open Community. In it are present around 40 organizations and programs, both the State of Chile, as NGOs and the Scout Movement itself.
Among the various organizations of the state is interesting to note, the Ministry of the Interior, SENDA (prevention of alcohol, drugs and harmful substances) and Neighborhood Program in Peace, the Ministry of Education, Educational Transversal Unit (for resolution conflict) "Choose Healthy Living" program (the presidency) and the team of Promotion of Health (Ministry of Health), the National Emergency Office (ONEMI), the National Forestry Corporation (Parks and Nature Reserves), the Institute Food Technology, the prevention program the Police Department, to agencies and emergency rescue of Army, Navy and Air Force, and the Internal Revenue Service.
Non-governmental organizations also participate in the Agora. You can mention ProSalud, the Chilean Red Cross team and Emergency Humanitarian Affairs for World Vision, to the Adventist Development and Relief at Methodist Humanitarian Aid Team, to the Rescue Without Borders Canes and KSAR Chile , the Andean Relief Corps, to Psychologists Volunteers at Youth for equal rights and CreArte, among others.
The Scout Movement itself is present through the International Committee of the Association, Peace program WAGGGS Sangam, "Patio Scout" FM radio station, "Travesía Scout" internet tv, Radio Scouting (CE3BSC official station), collectors Scouts, Citizens Guide and Scout, saddlers Scouts, among others.
Special mention for the presence of the World Scout Bureau, Interamerican Region, in a booth hosted by Raul Sanchez, Regional Director and the Director of Institutional Development, and the Interamerican Scout Committee, through one of its members from Costa Rica.
And, as a very prominent, the stand of the Messengers of Peace initiative, led by Cynthia Marquez of Central Office in Geneva with the help of volunteers from Peru and Uruguay and several pioneers and rovers The Agora team. Many young people were recorded as Messengers of Peace and participated in the dissemination of the proposed initiative.
Juan Pablo Reyes leads the line of Fair Entertainment. Over 50 games and skill contribute to put into action the skills of young people participating and contributing with moments of joy and healthy recreation. All the places of interest were constructed and assembled by pioneers and rovers as immediately prior to the Jamboree activity during days 25-28 January under the direction of a Scout animator and professor of carpentry. The fair also offers a setting that allows you to share the skills of the participants in singing, playing musical instruments and dance.
Fabian Veliz  leads "Cerro Negro" (Black Hill) Mission line by which a number of patrols amounts to existing natural trails in the vicinity of The Agora, participate in challenges, games, thematic tours and workshops linked to outdoor life and environmental protection . With support from the Andean Relief Corps orientation issues are considered by natural means, water purification, communications in the wild, emergency shelter and care of injured mountain situation. 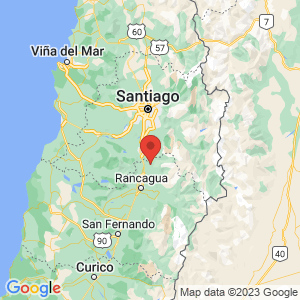 Sustainable Communities
Quality Education
Reduced Inequalities
Peace, Justice and Strong Institutions
No Poverty
Zero Hunger
Responsible Consumption and Production
Life on Land
Good Health and Wellbeing
Gender Equality
Industry, Innovation and Infrastructure
Are you sure you want to delete this?
Welcome to Scout.org! We use cookies on this website to enhance your experience.To learn more about our Cookies Policy go here!
By continuing to use our website, you are giving us your consent to use cookies.