The Northern Regional Scout Council in collaboration with the Yendi Municipal Assembly, the Ghana Health Service, the Regent of Dagbon and some traditional rulers launched the "Scouts against Drug Abuse" project in Yendi.

The Project was initiated by the Northern Regional Scouts Council and seeks to reach out to at least 40,000 young people in the Northern region targeting Senior High Schools in each district, youth groups and the general public.

The objectives of the project are; discouraging the use of hard drugs, prevent addiction to tramadol and encourage the youth to adopt healthy lifestyles in and out of school.

The launch was geared towards creating awareness about this campaign against drug abuse. It started with a float with over 100 Scouts and members of other youth groups walk through the streets of Yendi with ply cards bearing stop drug abuse statements.

The launch continued after the float at Yendi Community Centre with over 200 people. The occasion was graced with speeches from the traditional ruler of Yendi, Nyab Gumpal Lana Shei Sumani, the Northern Regional Scouts Commissioner and the representative of the Municipal Health Director who educated the public on drug abuse.
The following institutions supported the program Food and Drug Board, USAID, UNICEF, CAMFED and a local drama group. 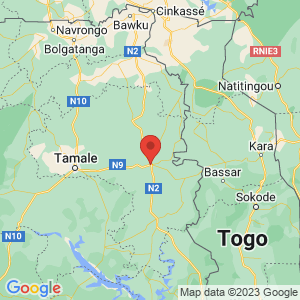 Peace, Justice and Strong Institutions
Sustainable Communities
Zero Hunger
Responsible Consumption and Production
Good Health and Wellbeing
Reduced Inequalities
Quality Education
Are you sure you want to delete this?
Welcome to Scout.org! We use cookies on this website to enhance your experience.To learn more about our Cookies Policy go here!
By continuing to use our website, you are giving us your consent to use cookies.