Inspire
I first learnt about Project Orion during my Scouts of the World (Discovery) Workshop, there we learnt about identifying the needs of the community, how to plan a service project, as well as various World Programs. One of the points was about how turtles are one of the most critically endangered species and also how there was little to no knowledge of how turtles behave in the wild.

Learn & Decide
After the workshop, the workshop director, SiJie, told us more about the importance of conservation and outreach; the main goal of the Project Orion series was to create awareness about conservation. The Orion series was held at Setiu, Terengganu, Malaysia as it is a unique place on the East Coast of Peninsula Malaysia where it has national and international importance for conservation. The wetland is home to the critically endangered river terrapin, painted terrapin and also the important landing site for marine turtles especially the green turtles in northern Terengganu. It also has high biodiversity and an important area for fishery resources. Setiu is the poorest district in the state and even in the nation. Majority of the population in Setiu works in the fisheries sectors and living the subsistence lifestyle where they are highly dependent on the natural resources for generating income. This would also mean that the project would not only be focused on conservation but also on helping the locals with their needs.

Do
The project consisted of 8 parts:

Nest Excavation Nests are excavated about a week after that nest has begun hatching. The eggs are usually buried under 1 meter of sand. Nests are excavated to check on the condition of the eggs to count how many have successfully hatched, and how many were not able to hatch. For research purposes, the eggs that did not hatch are opened up to see if they did not hatch because it was unfertilized or it had development issues. Beach Patrol As turtles only beach and lay their eggs at night, everynight there will be rangers patrolling various shorlines in Setiu. Their jobs are to keep the toutles safe from poachers and also to collect and safe-keep the turtle eggs until it transfered to the hatchary. Boat Painting As Kampung Mangkuk is situated near the coast, one of the villager’s source of income would was from fishing; because of this constant usage, the boats was especially susceptible to wear. A fresh coat of paint also prevents water from entering the tiny cracks in the wood preventing further wear and tear. Kindergarten Painting We were tasked to paint a mural at a local kindergarten the mural had to be simple and yet have in impactful meaning. We decided on two tortoises with the tagline “Our Home, Our Effort". SK Saujana English Programme The team was invited to SK Saujana to hold an English programme and interaction session for their student. Which included a reading session, learning through play, and a surprise wedding! Toilet Construction The team was tasked to build a toilet in the mangrove area located on the outskirts of Kampung Mangkuk. The toilet had a simple mechanism there was no water pumps or sewage system so waste simply leads to a septic tank. World Sea Turtle Day Road Show The World Sea Turtle Day roadshow was jointly organized by WWF-MY and the Malaysian Government in an effort to promote awareness for sea turtle conservation. Mangrove Replanting We had a mangrove replanting with some of the local schools in an effort to educate the young on the importance of mangrove conservation. Final Thoughts In my opinion, this project was a great success; not only was the final project about conservation, it became a project about education, enviromental conservation, human development, as well as aiding the villagers in the spirit of entrepreneurship.

Share
During the project, we had a blog (here) where we posted about out daily happenings we also had a Facebook Page (here) this platform encouraged the public as well as the Scouting Community to learn more about the project. 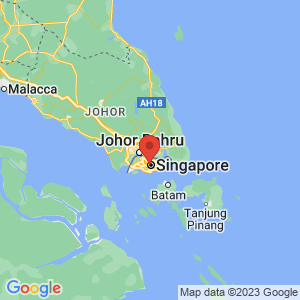 Climate Action
Decent Jobs and Economic Growth
No Poverty
Partnerships for the Goals
Are you sure you want to delete this?
Welcome to Scout.org! We use cookies on this website to enhance your experience.To learn more about our Cookies Policy go here!
By continuing to use our website, you are giving us your consent to use cookies.