My name is Alexander Krabbe and am part of the workgroup with the Danish Scout Council Unit. I did my Scout of the World Award in late 2015 by helping European NGO’s and Scouts to realise the potential and need for helping refugees and how this might be done with examples of different projects from around Europe as well as discovering new possibilities. If you find my project interesting or want to know more you are most welcome to contact me by email: akrabbe@me.com. I hope you will enjoy reading about my project and if you are interested you can read more on http://refugeeresponseseminar.com.

- What is the project?
My scout of the world award project was done through planning and executing the Refugee Response Seminar held in November 2015 in Copenhagen, Denmark.
The goal was to organise and facilitate a seminar for the European scouts and NGO’s who all are involved in some level with the refugees coming to their countries. The participants came from more than 25 European countries. The seminar was held from Friday the 27th of November to Sunday the 29th of November.
Friday evening was used to set the scene. Multiple speakers came with different views and experiences with the refugees. One had fled himself, one had chosen to flee with the refugees with his camera to document their story on how they travel as a refugee and lastly we had a speaker talking about empowerment and how NGO’s has the chance to do real differences in such situations.
Saturday morning was used in plenary where a panel discussed how NGO’s can help and why it matters. This debate had several inputs on cultural differences. The afternoon was used in 8 different workshops where the participants would increase the knowledge and skills in for instance "Social media - how to get good attention", "How to cooperate with Red Cross or another NGO’s" or "What matters in the long run?".
Sunday morning before lunch was used to help organise a project to bring back home. This could either be national projects or collaborative projects between countries and NGOs.
My main contribution to the project lies in organising hotels, bus transport, venue, food as well as executing and helping throughout the entire weekend. This gave me insight in logistics in general and the importance on flexibility for bumps on the road to reorganize plans and get the best fit for all. The knowledge will help me planning bigger events at later times in my scouting life.
The time spent executing the seminar Thursday through Monday gives a total of approximately 60 hours. In the two months, up to the seminar around 80 hours was used in planning and preparing the different needs.

- How do this project connect with the experience of the SW Discovery?
My SW Discovery took place in Slovenia 2014 during the World Scout Conference and the 10-year celebration / renewal of the Scout of the World Award. This was partly in the city of Royan during the World Scout Youth Forum where 5 different workshops took place. Among these workshops the two that had the most impact on me and thereby which I find the most important were

“Society changes scouts – Youth and global trends”;
This workshop was held by United Nation Youth Ahmed Alhendawi. The key points were how 4 areas of importance are described. Health, Education, Economics and Politics (Safety/Security). 75 million youth needs schooling, 600-700 million jobs are needed in the future and development of urban areas are crucial to increase safety and security for youth to be able to develop themselves and act as global citizen. This is UNs “new” strategy that every child and youth should grow up with the thought of being a global citizen i.e. realising we have common values across the world and only one earth.

“Strategy for Scouting and Triennial Plan”;
This was facilitated by Göran Hägerdal. The Triennial Plan from 2014 to 2017 were discussed with focus on gender balance and youth in scouting with special emphasis on the diversity and inclusion (Social Impact). The key point is that gender balance as well as diversity and inclusion of multiple minorities must start out with small steps in educational program. The idea of the perfect leader is “clouded” by social context and society more than which competencies is needed. This can be changed throughout our mind-set if educated correctly from a young age.

The other workshops were Leadership, Entrepreneurship and Scouts Changing Society. One exercise facilitated by Vincent Perraud that left great impact on me was “The world if we were only 100 people”. Every one of us got three symbols/figures and then 10 different scenarios were listed. Each time a symbol/figure was called and those who had that exact combination of symbols were to stand in the middle to represent the specific scenario. This could be how many that is hungry without the possibility to eat or how many don’t have a job, how many have never been to school, how many earn more than X money or similar like how many resources is used by X people.

These workshops and exercises comes into play with the SWA project in the sense with Refugees. The aim of the Refugee Seminar was to help and motivate and start new projects that can help refugees in their new “chaotic” setting with a new culture, geographical, daily life, and weather conditions. The need of schooling the children fleeing as refugees from their home country without the possibility of speaking the new language or help to understand how the healthcare system works and not yet have been proper introduced to the legal system. This SWA project was helping many people to think globally with the purpose of acting locally. The different projects were to help refugees into a safe place where they could start over and live a happy life in their new country.

- How did this Scouts of the World Award adventure impact me? How did it change me? What did I learn and feel?

This project was developed in the spirit of need and cry of help from the scouts in the European region. This was a very powerful experience discover that a collective feeling of powerlessness was to be found in the European region. Powerlessness as to how the politician handle a specific similar situation in each country and most importantly the feeling of powerless as to what should the scouts do. When this request for a seminar on best practices came along it was difficult to cope how necessary the need was. This became very clear when scouts and other NGO’s signed up for the seminar and found this seminar so important that all could find time in their calendar even though they only had 1 month to register. This touched me deeply to witness how many of the European scouts found this issue so important that they prioritised the seminar.

The main change in me will be the feeling of commitment and “togetherness” between the European scouts. How we all have a similar experience in the many feelings (especially hopelessness) and willingness to help and guide each other towards the same goal due to an exposure to a value based leader training in community scouting. So many scouts and people who actively wants to be part of the change! This was an eye opener with respect to
- How many people who wants to make a difference
- How many ideas and initiative already exists
- How many collaborations and new ideas that developed through common goals and shared values

The main learning objective for me lies in the effect of working with people from other parts of the European region. This was taught through listening and experience the difference from the people from different parts of Europe. How we all experience different difficulties but share an agreement as to that we need to act in these difficult time and that we all need share best ideas to help each person move the local community forward.

- What now?
The output of the seminar was an idea catalogue with the best practises from each country. This was distributed to all European NSOs and the participating NGOs. After the seminar scouts around Europe had the possibility to collaborate. In Denmark a project was started with the collaboration between the majority of the NSAs both WOSM and WAGGGS.

The next step for me is implementing the SWA program in Denmark as well as the Environmental Program. These two programs are part of the better world framework developed and distributed by WOSM and have not yet been part of the Danish scout’s program. Once these two programs are fully working and functioning in the Danish scout’s mind-set I will probably start the Messenger of Peace program to fulfilled the complete better world framework in Denmark. 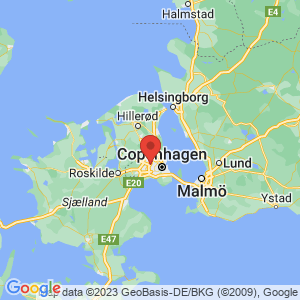