The end of the project "Scouts for Ukraine"

Came to an end the first year of the international campaign "Scouts for Ukraine", which was implemented by "The National Organization of Scouts of Ukraine" together with the Association of Scouts of Brazil.
Two girls winners of this campaign came back from Brazil July 19, 2016 .
Two weeks in a row Maria and Valeria represented Ukraine to more than 15 million Brazilians. The girls visited many different places, including an amusement park «Beto Carrero», the statue of Christ the Redeemer in Rio, a picturesque mountain range Serra do Mar. Also they took part in a lot of official visits. Thus, the young Ukrainian girls met with head of Parana Parliament Speaker Congressman Parana Ademar Traiano, with 52 deputies of the State during the plenary session, with the mayor of Curitiba Gustav Fruetom, with director of the Commission on Human Rights and other cities Curitiba.
The girls had a huge program, one part of which was visiting Ukrainian folk groups performances in Curitiba city. During this visit girls talked about life in Ukraine before and after the occupation of part of Ukraine and their impressions of the project. "We wish to all people never experience what we had to during occupation. Fear, blood, weapons, loss of loved ones, some loss of home ... Remembering all that at heart is very painful. But never lose hope for the best. "- shared their experiences Valery.
Project organizers found out that Valeries house was destroyed by rocket and now the family lives in one room in the Dnieper, and they successfully organized a fundraiser for renting two rooms apartment for Valerie and her family for two years. Family of Mary, which also left everything in the area of the war received as prize money to buy a tablet computer.
"We help families to ensure that their children are able to learn. For this we are trying to reduce their financial difficulties. There is also an emotional aspect, as in touch with the community children from refugees can feel more comfortable and faster to get used to the new environment. in addition, this way we educate Scouts of Brazil in the spirit of international solidarity and show them the harsh reality with which Ukraine faces today "- comments project manager in Brazil, 1st Vice President of the Association of Scouts of Brazil Oscar Palmquist.
Campaign "Scouts for Ukraine" launched in September 2015, when Ukrainian children among internal migrants received office supplies and presents which were bough from funds raised by the Association of Scouts of Brazil. For New Year and Christmas holidays children had also small gifts. In February, the project was expanded. Thus, for the one year this campaign involved 850 children among internal migrants from different cities in Ukraine. It was huge and very kind project and we want to say Thanks to our Brazil friends.

by The National Or...
from Ukraine, 3 tahun yang lalu 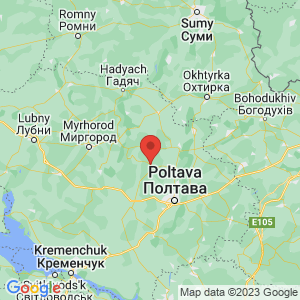 Sustainable Communities
Gender Equality
Reduced Inequalities
Peace, Justice and Strong Institutions
Are you sure you want to delete this?
Welcome to Scout.org! We use cookies on this website to enhance your experience.To learn more about our Cookies Policy go here!
By continuing to use our website, you are giving us your consent to use cookies.