(Every week, I interview a new Scout or Guide from around the world to learn more about how Scouting or Guiding impacts on their life)

Finding time between being a Cub Scout Leader and a Rover can be challenging, especially when you include everything else that you're supposed to get up to in life - work, school, the list goes on. But having these different parts of your life can let you have responsibility and fun. Hailing from Finland, ArcticSnowChild (arcticsnowchild.tumblr.com/ - ASC) does this "...with Rovers - an idiot with a scarf - and a Cub Leader - where I'm an adult that knows everything.".

ASC has been involved in Scouting for 11 years, after being jealous of her big brother who was having fun camping. Having been a Leader for a few years now, Scouting is her passion. Generally speaking, Rovers move away from ASC's city to do their studies - resulting in her Rover Crew only having 3 members. Because of this, most of her time is spent doing things with her Cub Pack and she considers herself more of a Leader.

"I enjoy knowing and being with (Scouts), and seeing Cub Scouts growing and learning things."

While Scouting is not gender-separated in Finland, ASC's cub pack are all girls, and they have become a close-knit second family for each other. The three Rovers of ASC's Crew meet 2-3 times every month, getting up to all kinds of fun together. Their uniforms are only worn for large meetings, as they are very hot and not too comfortable to wear.

ASC's Crew are quite active in doing charity work for the Finnish Red Cross through Scouting. From donating blood to doing service, they involve the younger sections where possible.

RSP: "Why do you do Scouting?"

ASC: "I think it's so a big part of me I couldn't be without it: it's attached to me. It's so nice to see the kids grow. I'm so proud of them as they grow up. Scouting helps with school, and it get points for school to make it easier."

Part of ASC's university course has been passed automatically as a result of the hours of service that she does for the Red Cross, and has allowed her to travel to many places far afield. ASC has been able to travel to the World Jamboree in 200, but is looking to travel to WSJ2015 in Japan.

One highlight of Scouting for ASC was last Winter, when she walked with her Scouts across a frozen lake to watch the Northern Lights. As she puts it, "These memories with Scouts last with you."

"You can't get the Scout out of me before I die." 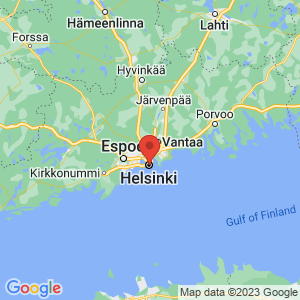