As part of the Australian Award Scheme for the Rover Scout Section, Timothy Ganguly from the Flash Rover Crew helped out with a local conservation group. “Friends of Stirling Linear Park” volunteer their time to several different parks and nature reserves around the Stirling region in the Adelaide Hills.

Beginning in August 2011, Tim and a group of Venturers working on their Queen’s Scout, engaged in a project which was beneficial to the health of the Madurta Nature Reserve. In the late 1990’s many of the existing Gum trees were cleared to make way for housing developments, these areas were then replanted in the early 2000’s and have been establishing themselves for the past 10 years. Tim’s project was to plant the “understory” to the established gum trees to engage in the next phase of native vegetation.

The “understory” refers to the thick shrubs/trees that grow between 1-4m in height below the towering gum trees that form the upper levels in native Australian bushland. This understory is vital to the health of the Australian bushland as it provides nesting grounds for a multitude of insect eating birds. Without this habitat, and the birds that come with it, the gum trees are more prone to insect infestation. During droughts or bad seasons the burden of the insects can damage their leaves and lead to structural damage from insect larvae. This is noted to be a significant cause of significant trees dying when isolated from their habitat in built up areas or on farms where the land has been cleared.

Over a period of 6 months, plants were initially nurtured from seedlings until they were mature enough to be planted, and then planted in several 3 hour planting sessions. The first of these sessions was held in September of 2011, with another 4 of these sessions held between September and December. Over the next couple of months, Tim visited the site regularly to check up on the plantations and view their process.

After the plantation of the understory in 2011 was complete, the understory established itself and has been a vital part in the health of the native Gum Trees in the Madurta Nature Reserve. In completing this project, Tim successfully finished both the badge which this was for, and the award scheme itself, as well as helping two members of a local Venturer Unit and one member of a local Scout Troop complete parts of their award schemes. 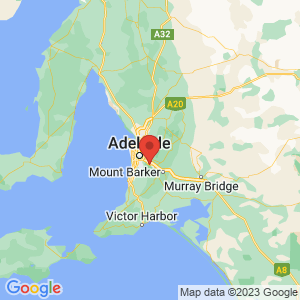