To govern this missin, on 10.11.13 the first meeting was organized in which the group decided to work on sanitation and health. This work would be done with the co-operation of the post holders of the district. For this mission Mr. Bhimsen Lehri has been appointed as a project leader, Mr. Narender Pippal as treasurer and different members have been given different responsibilities.
On this occasion Mr. Bhimsen made the members of Scout and Guide group aware that the World Scout/Guide bureau has given the responsibility to organize the Messenger of Peace project (MOP).
MOP is an international platform in which , by involving the youth, we can guide them in he right direction. During this period the Scout and Guide was taught the procedure to register on the MOP platform.
In this meeting it was decided that in this mission 100 scout/guide and rover/ranger will be involved to give guidance to the members about this mission.
In this series the second meeting was held on 14.11.2013 for Scholars Public School scout/guide in which 25 scouts and 22 guides were trained. After the meeting the scout/guide were given a view of local area where they provided their services and the local people were taught the positive points of being tidy and healthy.
Third meeting was held on 17.11.2013 in which the rovers, Abhyudhya Ashram and 44 scout's, 14 rovers, 35 guide and 5 rangers of Aadarsh Kanya Ashram, Ganeshpura, Murena were given training.
Fourth meeting was organized on 24.11.2013 in Chambal colony, Morena in which 48 scouts/guide and school students took part.
For training the last meeting was held on 01.12.2013 in District Head Quarter in which 16 scouts of Govt. Boys HSS No 02 and 12 rovers of open crew were trained.
After training the scouts helped in AIDS awareness program.

by B S LAHRI
from India, 6 tahun yang lalu 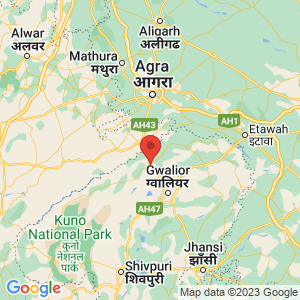 Good Health and Wellbeing
Sustainable Communities
Peace, Justice and Strong Institutions
Quality Education
Are you sure you want to delete this?
Welcome to Scout.org! We use cookies on this website to enhance your experience.To learn more about our Cookies Policy go here!
By continuing to use our website, you are giving us your consent to use cookies.