Every year on the first Saturday of September Scout groups “Totem”, “Mangup” and “Oriana” of the Kyiv city branch of the National Organization of the Scouts of Ukraine participated in a traditional Scout gathering ‘Scout-Camp 2015’. The main goal of this event is to see each other after summer holidays, discuss plans for the new Scout year and to summarize all the summer Scout events.
This time Scout-Camp gathered about 100 people. Scout leaders organized for the participants an interesting program with lots of games and quests. Scout patrols were competing in various games as "Excitement" or “Four”. The next activity was a Scout race "CTM" (control-tourist route) with elements of orienteering and climbing. After a tasty snack the fastest Scouts were awarded with diplomas.
The traditional “Scout-Camp” marked the beginning of the new Scout year, we are full of ideas and energy, and thus we have lots of interesting events ahead. 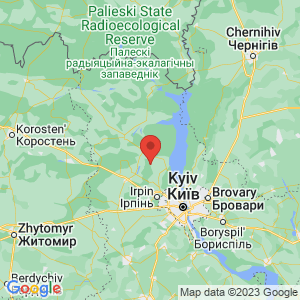 Adults in Scouting
Youth Programme
Global Support Assessment Tool
Are you sure you want to delete this?
Welcome to Scout.org! We use cookies on this website to enhance your experience.To learn more about our Cookies Policy go here!
By continuing to use our website, you are giving us your consent to use cookies.