From the 20 to 26 of August 2015 Scouts of the National Organization of the Scout of Ukraine took part in the Armenian National Jamboree "Land of Noah" that took place near Byurakan town, 40 kilometers from the Armenian capital - Yerevan.

During one week, the International Secretary of NOSU Nika Gorovska and member of the Kiev city branch of NOSU Kebkal Ernest had an opportunity to have fun not only with 150 Armenian scouts, but with 35 guests from three Scout Regions: Eurasian, European and Arab ones. It was a great opportunity to make new friends, make useful contacts and exchange scouting experience.

The camp organizers elaborated a very interesting program to introduce Armenia to Scouts. During the camp guests visited the capital of Armenia - Yerevan, Lake Sevan - the largest freshwater source in Armenia, monastery Sevanavank - a complex of buildings on the coast of Lake Sevan, Tsitsernakaberd - Memorial and Museum in Yerevan dedicated to the victims of the Armenian Genocide of 1915, Amberd - historical complex on the sides of Mount Aragats at the altitude of 2300 meters, Temple of Garni - one of the most famous monuments of Armenia, built in the 1st century and Gehard - monastery complex, located in the valley of a mountain river Azat. And on the last full day of camp, all participants rose to the highest peak of Armenia - Aragats Mountain, whose height reaches 4,090 meters above sea level. There Scouts received commemorative certificates for participating in the camp and for the conquest of the highest peak in the country.

Besides sightseeing Armenian camp has a lot of scouting activities. Jamboree was divided into three subcamps: orange, red and blue one - the colors of the Armenian flag. During different workshops all Scouts received basic skills of pioneering and arranged their places with gates, towers, seating spaces and places for utensils. In addition, we also had sport competitions like football, volleyball, chess and a quiz game dedicated to different sights and history of Armenia.

Every morning and evening we had opening and closing ceremonies of the day, where representatives of all participant countries lifted and lowered their national flag. During meals we were listening to the Scout radio, and every morning during breakfast you we could listen to a Scout horoscope broadcast in three languages: Armenian, Russian and English.

In general, the Armenian hospitality and attentiveness was remarkable. Our smallest concerns and silliest questions were addressed swiftly and prudently until it was absolutely certain that whatever we had in mind was settled satisfyingly. This applied both during the camp by both Armenian leaders and younger scouts, during the many tours, and after the camp. 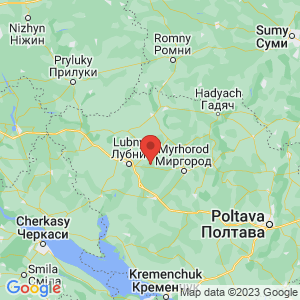