Swachh Bharat Abhiyan (Hindi: स्वच्छ भारत अभियान, English: Clean India Mission) is a national campaign by the Government of India, covering 4041 statutory towns, to clean the streets, roads and infrastructure of the country.
This campaign was officially launched on 2 October 2014 at Rajghat, New Delhi, where Prime Minister Narendra Modi himself cleaned the road. It is India's biggest ever cleanliness drive and 3 million government employees and school and college students of India participated in this event.[4][5] The mission was started by Prime Minister Modi, who nominated nine famous personalities for the campaign, and they took up the challenge and nominated nine more people and so on (like the branching of a tree). It has been carried forward since then with people from all walks of life joining it.
The components of the programme are: a) Construction of individual sanitary latrines for households below the poverty line with subsidy (80%) where demand exists. b) Conversion of dry latrines into low-cost sanitary latrines. c) Construction of exclusive village sanitary complexes for women providing facilities for hand pumping, bathing, sanitation and washing on a selective basis where there is not adequate land or space within houses and where village panchayats are willing to maintain the facilities. d) Setting up of sanitary marts. e) Total sanitation of villages through the construction of drains, soakage pits, solid and liquid waste disposal. f) Intensive campaign for awareness generation and health education to create a felt need for personal, household and environmental sanitation facilities
With effect from 1 April 1999, the Government of India restructured the Comprehensive Rural Sanitation Programme and launched the Total Sanitation Campaign (TSC).
To give a fillip to the Total Sanitation Campaign, effective June 2003 the government launched an incentive scheme in the form of an award for total sanitation coverage, maintenance of a clean environment and open defecation-free panchayat villages, blocks and districts called Nirmal Gram Puraskar.
On 2 October 2014 the campaign was relaunched as Swachh Bharat Abhiyan.
India
Reiek is a mountain and tourist spot 29 km from Aizawl, Mizoram, India. It rests at an elevation of 1548 metres overlooking Aizawl and offers a view of the surrounding valleys and hills. On a clear day the plains of Bangladesh can be seen from the top of the hill. Reiek Hill is surrounded by thick lush green temperate trees and bushes.Bharat Scouts and Guides of India Mizoram State and Adventure wing of Sports Department Mizoram organised Cleanliness drive camp In Reiek Peak

by JOSEPH LALRINMAWIA
from India, il y a 4 années 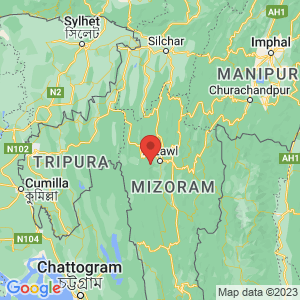 Sustainable Communities
No Poverty
Zero Hunger
Reduced Inequalities
Clean Water and Sanitation
Industry, Innovation and Infrastructure
Are you sure you want to delete this?
Welcome to Scout.org! We use cookies on this website to enhance your experience.To learn more about our Cookies Policy go here!
By continuing to use our website, you are giving us your consent to use cookies.