PBIM 2019 (Penang Bridge Internation Maraathon 2019) , The run is organized by Penang State Tourism Development office and fully supported by the Penang State Government. The Penang Bridge International Marathon (PBIM) has been an anticipated run in Malaysia since its inception in 1986. The run is held annually on the Penang Bridge, the iconic bridge that connects Penang Island to Penang Mainland. PBIM is the largest mass-participation sporting event in Penang,

This year 2019, a 25,000-strong field of participants from 65 countries, with Kenyans emerging as winners in most of the categories in the Men's and Women's Open.

It was a smooth and incident-free marathon at Bayan Lepas, following major hiccups and a downpour last year which disrupted the event.

The 42km Full Marathon was flagged-off by Chief Minister Chow Kon Yeow at 1.30am followed by the Half Marathon and 10km Run later in the morning.

The event this year saw a special PBIM 2019 ambassador – Bernard Lagat, a five-time Olympian and thirteen-time medallist at World Championships and Olympics levels.

PBIM 2019 annual run had popularised long-distance running as a fun and accessible sport for both amateur and professional runners in Penang and the region.

Kenyans Moses Kiptoo Kurgat and Peninah Kigen were the champions in the Men's and Women's Open categories while the husband-and-wife team of Nik Fakaruddin Ismail and Noor Amelia Musa emerged champions in the Best Malaysian Full Marathon categories.

We scouts are proud cos 13th years participate for the duty of the Penang Bridge Internation Marathon.

by May Chin
from Malaysia, il y a 2 mois 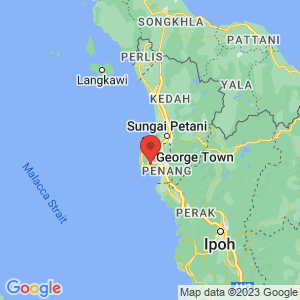