was organized in beautiful City Pokhara from 31 May to 4 Jue, 2019. The Right Honorable Prime Minister K.P. Sharma Oliwho is also The Patronof Nepal Scouts inaugurated the moot.

Nearly 4000 Rovers, Rangers and other visitors took part in the Moot. The moot was highlighted by Better World Village(BWV). The BWV booth was separately set up in the moot activity area. The participants who took part in the Better World Framework Promotional Trainings managed the BWV during the moot.

More than 1500 participants visited the BWV booth where they were able to gather knowledge on Better World Framework including Messengers of Peace(MoP), Scouts of the World Award(SWA), World Scout Environment Programme(WSEP) & Scouts for SDGs.

The BWV booth was set up for the first time in Nepal in any scouting event. The visitors enjoyed in the booth where they got to have first hand experience in the programs offered by WOSM for the young people to get involved to create a better world.

One of the visitor, Kaushila Khadka, who hails from remote part of Bhojpur District, far east Nepal,  was impressed with the activities offered. She liked the MoP beat dance. I was a shy girl but in the booth I was interested to join the dance with other participants because it looked so fun, she told. She also found MoP network game wonderful.

Raj Maharjanwho is from Kathmandu also visited the booth. He told us that he was amazed by the set up which was a new thing for him. "Being based in Kathmandu, I participate in lots of other camps. There are adventurous and other activities going on which have been tried already but this is a new thing for us. Though I know a bit about MoP, here is more than that. There are not just MoP, there are lots of other things like Environment programme and SWA" he told.

The participants were very happy to see a new activity in their camp. They were pleased about the knowledge and intellectual aspect of the activity mixed with fun, sharing and caring.

In the Better World Village Booth, the rovers and rangers were able to learn “what peace mean to them”, and did commitment to play a constructive role in their community when they go back from the moot. The participants were also aware about the scout.org online platform and how to share their stories.

The BWV booth wrapped up with the closing of the Moot on 4th June, 2019.

Nepal Scouts is very much positive about the overwhelming response from the participants in BWV. We will continue to set up such booth in every event for young people now on.

by Ram Pd Bhattarai
from Nepal, il y a 7 mois 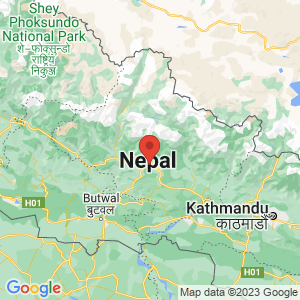 Affordable and Clean Energy
Clean Water and Sanitation
Climate Action
Decent Jobs and Economic Growth
Gender Equality
Good Health and Wellbeing
Industry, Innovation and Infrastructure
Life on Land
No Poverty
Peace, Justice and Strong Institutions
Quality Education
Reduced Inequalities
Responsible Consumption and Production
Zero Hunger
Sustainable Communities
Partnerships for the Goals
Life Below Water
Are you sure you want to delete this?
Welcome to Scout.org! We use cookies on this website to enhance your experience.To learn more about our Cookies Policy go here!
By continuing to use our website, you are giving us your consent to use cookies.