Arise, Awake, and don’t stop….. Until the goal is reached- Youth Day Celebration

Second day camp started with B. P. six exercises at 06:00 AM followed by flag ceremony.  Youth forum has been organized in the form of Youth Voice- on the theme of “Youth and Climate change”. All participants participated with full enthusiasm and put positive views as per the theme. A session on WOSM Initiative with SDGs, Drawing and painting, Salogan and Essay Competition were organized. Input Session on World Scout Environment Programme taken by leader of the forum Shri Bablu Goswami, Regional Organising Commissioner (Scout), which is based on 05 aims.

Peace March: On 12th January 2019 Arise, Awake, and don’t stop….. Until the goal is reached follow this beautiful views of Swami, Peace march organized in traditional Costumes on the occasion of birthday of Swami Vivekanand as Youth Day. During the peace march people of Aurangabad warmth welcome to Rover and Ranger with floral showers and chandan tika. The rally was flag off by District Education Officer Shri Md. Alim. Peace is one of the basic needs for our society.

by Bablu Goswami
from India, il y a 1 année 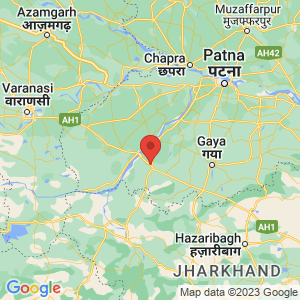