LEAVE THIS WORLD A LITTLE BETTER THAN YOU FOUND IT.
BY BADEN POWELL

The day of 5th June is accepted as The World Environment Day by the United Nation. This is a very important day to aware local people about the fruitfulness of the Nature. Tree and Drinking Water are the most important and precious gift of nature for us which is subsiding day by day. So that to regain this nature wealth, our District Association has taken a initiative to plant trees at different places in collaboration with UttorerAdda (a local organisation). Our theme was “PranerUtsav” (Festival of Life)
Save Trees and Save Drinking Water

The program was completed through two phases.

Phase I
Near about 55 scouts, guides and adult leaders from different groups took true challenged to plant saplings at Deshbandhu Park and footpath area of Raja Dinendra Street. The plantation program was started at 9:30am. We have planted total 10 saplings at different places. Mr Rajib Singh, DOC (S), Mr Sambhu Saha, District Secretary were present during the time of plantation of saplings. The local Councillor Mrs Pranati Bhattcharya also was present with us to plant the saplings. We also offered her to plant a saplings with us.
Phase II
A dais was set up at 222/A Acharya Prafulla Chandra Road Kolkata – 700 004 near Shyambazar Five Point. A tableau also was set up with full of hording and banner regarding World Environment Day to move at different places to aware local people through our scouts and guides. The main program was started at 11:00am. Total 270 pieces different types of saplings and 500 drinking water bottles were distributed to the local people to make this day remarkable. Many guests were adorned the dais – Mr Aninda Kishore Raut, Councillor ward no 13 & Chairman Borough III, Kolkata Municipal Corporation, Mrs Pranati Bhattacharya, Councillor ward no 12, KMC, Mr Bapi Bose, Councillor ward no 7, KMC, Dr Arindam Bhattacharyya, DCC, East Calcutta BSG, Mr D Asish, Director Medical Bank, Mr Nanda Halder, Social Worker, Mr Ashish Paul, Social Worker and others. The total program was end at 1:00pm.

The objectives was to create awareness among the local people regarding the importance of the trees and drinking water.
A rally was moved from the Shyambazar – Deshbandhu park – Gouribari- Khanna and Shyambazar. The Saplings and packed drinking water also distributed from tableau during the foot march.
Total 220 hours service was given on this day.

by RajibSingh
from India, il y a 1 année 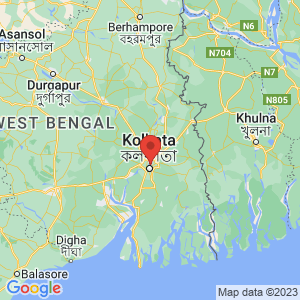 Sustainable Communities
No Poverty
Zero Hunger
Good Health and Wellbeing
Peace, Justice and Strong Institutions
Life on Land
Clean Water and Sanitation
Responsible Consumption and Production
Decent Jobs and Economic Growth
Are you sure you want to delete this?
Welcome to Scout.org! We use cookies on this website to enhance your experience.To learn more about our Cookies Policy go here!
By continuing to use our website, you are giving us your consent to use cookies.