This was the first official Scout programme at Scout Lecture Hall, Budgam where Scouts from Shah-I-Hamdan School, Bemina Budgam took an active part in plantation.
State Chief Commissioner on the occasion threw light on the importance of the plantation.

State Organizing Commissioner, M. A. Tramboo had put in all his serious efforts to make the event a success.

Pertinently, Scouts law, part V says: “A Scout /Guide is Friend to Animals and Loves Nature”, which is time and again practically displayed during the scouts programmes.

The aim of this plantation drive being carried on by the J&K Bharat Scouts and Guides is to promote green environment across Kashmir valley and in last three months, around 70,000 saplings of the Devdar have been planted.

anoopmalhotra from India
Posted 1 année ago

by Haroon Malik
from India, il y a 1 année 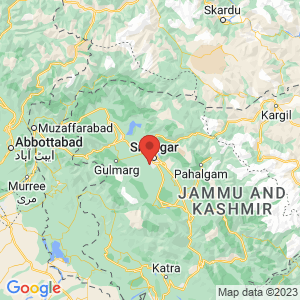 Life on Land
Sustainable Communities
No Poverty
Zero Hunger
Good Health and Wellbeing
Reduced Inequalities
Peace, Justice and Strong Institutions
Quality Education
Are you sure you want to delete this?
Welcome to Scout.org! We use cookies on this website to enhance your experience.To learn more about our Cookies Policy go here!
By continuing to use our website, you are giving us your consent to use cookies.