India is a nation which has a larger part as rural area. Actually it is a positive thing for India. Where as when we see the other sides this rural India. should be developed if at all, the actual development should happen.
So we thought of the project of selecting a community and working on its development, it was also our RaShtrapthi Puraskar Exam Requirement. so we selected a place called Kudippadi villege which is adopted by our Vivekananda college in Puttur and in a community a school or such place will have a greater importance.
When the development of a school is done then automatically message of cleanliness, health will be carried out to the homes of the children who with a project on the school which is located in the area of that school.

On the First Saturday afternoon we went to the school and we saw that ground was covered with grasses and unwanted waste. the First action was we cleaned the grasses and the weeds.
We had bought some spades for this purpose . there was 4 spades with us. so it was a ground which had to be cleared. so then we cleaned the ground by this it was the evening and we ended up the work for that week.

On the next week we focused on the water supply and its management. the school had the water connection from Panchayat and also from their own borewell. so the 3 taps were not proper. so we made correct(tightened the taps) initially the water was leaking from those taps . then it become proper, and also we cleaned the water was flow way from the water tank to the taps. then the used water , water was slowing on to the road due to the miss connection.

On the Fourth week we planned work was quite less. we just did the work of repairing the way to come to the school. actually due to rain in the rainy season, the road was in improper condition by using spades we repaired the road.

On fifth week we once again cleaned the surroundings, but this time the students also joined us in some of the other work. they showed interest in scouting activities . we conducted few game for them.

On the Six week we conducted a awareness campaign in the safety habits while having foods . we divided ourselves and Explained the students regarding the good habits like washing hands before having food , brushing teeth at 2 times per day etc. Few of the people of the local area were also presents during this period.
on the seventh week we make a program regarding sanitation. we educated people about the using of toilets and such. Swachh Bharat Abhiyan and its importance was also explained during that moment. it was a wonderful and memorable moments for us.

On 21 November we organised a programme of covering all the ponds that arose in the tar road across the village covering 7 kilometers, along with that we also cleaning the both sides of the  roadby cutting the bushes,  cleaning the non degradable waste etc.

at the Eighth week we went out of the school and Made a Attempt to educate the people about the cleanliness etc.
there we met many people . we with the help of the hanfouts prepared by us. we Could communicate the needs of the model village.

At the 9th week we cleaned the thorns that grew near the school we by using the modern technologies we cleaned the thrones and Small grasses that grew on the compound and Boundaries of the ashram also become of the Thorns . it was quite difficult for the children to play on the ground and to fetch for the equipment that were used in the sports activities.

Next Week i.e on the 10th week we created an innovative program we prepared a program on doing the transaction using digital technology by using the technology making cashless transaction. so we divided ourselves with various topics and Presented it.
We prepared a power Point Presentation and Then we explained various payment options on it. we Also educated about having transactions using basic keypad hand set.

on 11 th week we educated the student about the first aid and Its importance only a few simple methods were explained.

Next week was the memorable event for us . along with us Few peoples of surrounding areas joined we also cleaned the entire campus. they said that the Service rendered for the Community was a very nice
the head master also Congratulated .we Thank the Authorities for granting permission to Render the Services at the area.

We Just Missed that Environment because it Feels like our home. something is calling us .... and Attracting us . I had a feeling that I'm going to miss this location by the way.. in the 3 months of journey is ending like a As Soon As Sensible .

13th week
As a part of closing ceremony of our Community Development project,  On 10th FEBRUARY,  we Organised,  blood donation camp,  free health Check up,  free dental check up,  etc.  The doctors of KVG Sulia assisted us in dental care check up and the doctors of KS hegde college assisted in free Health check up. And the doctors of blood bank Puttur assisted in blood donation. All this activity took place in Kudippadi  govt school.  And the medical check up helped the villegers a lot.
IT was a successful journey,  were we blend ourselves with the community.

Kudippadi Was a Memorable one. We Love to working in such location. it was very good feeling at the end
Thank you .. for giving me a such good Project.

by BHUVANESH CH
from India, il y a 1 année 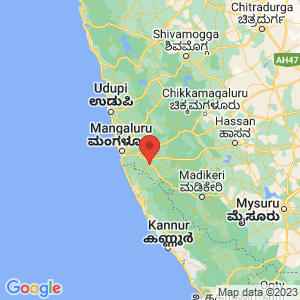