This camp was the best opportunity for me.
747 Rovers and Rangers Participated in this camp. As i was from the host district, me and my team of 30 members(15 Rovers and 15 Rangers) were given the task of serving the whole camp. As a Rover Mate I maneged in best way possible. We gave our service from 27th Dec to 2nd January. But the camp was held from 28th Dec to 1st January. This camp was organised with the theam of Birth Ceternary of Deendayal Naidu Sir. We served 21 hours daily. From morning 6 AM to mid nit 3Am. We were given the task of handling Food, Drinking water, Flag ceremony, official word, gaurd of honour, railway station duty at Manglore Central and Manglore Junction, duty at KSRTC, Nature study trekking, costal trekking, Disaster Mngt, youth forum, surf smart, stage setting duty, one person was deployed for photo graphy, then 3 person to look at the things that are in need and to bring them. The special attraction was the Band Party. Only 30 peoples covered all this areas by serving 21 hours in a day. This was one of the toughest challenge and happy that my team managed well in achieving the success. My team consisted of Rovers and Rangers from only one college, i.e, Swami Vivekananda College Puttur.
NHQ staff Anilendra Sharma sir, MOP cordinater Madhusudhan sir, Balu sir, Our SOC, DOC, HAL staffs gave a special surprise to our team by celebrating New year. On 1st January we participated in Rootmarch which upheld the theam of Swatch Bharath and Unity in Diversity.

by BHUVANESH CH
from India, il y a 2 années 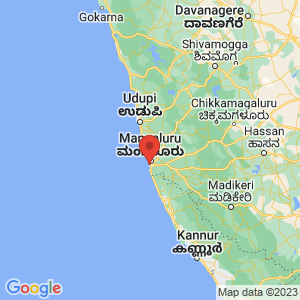 No Poverty
Zero Hunger
Responsible Consumption and Production
Are you sure you want to delete this?
Welcome to Scout.org! We use cookies on this website to enhance your experience.To learn more about our Cookies Policy go here!
By continuing to use our website, you are giving us your consent to use cookies.