The Bharat Scouts and Guides organised its 17th National Jamboree at Mysuru, Karnataka from 29th December 2016 to 4th January 2017. To reach out expected 25,000 young people in a week’s time and to introduce the flagship programs of WOSM/BSG Viz Messenger of Peace, Scouts of the World Award, World Scout Environment Program, The Messengers of Peace - Team India decided to set up 'WORLD SCOUT VILLAGE'. The whole concept was delivered through the following modules:
MoP Pavilions:
Station 1: Sharing the Idea – Ally le Song
Station 2: What Does Peace Mean to You – Drawing
Station 3: Patrol System – Networking Game
Station 4: What is MoP – Life Vest & Platform
Station 5: Introduction to scout.org
Station 6: MoP Beat – We are Scouts

An inspired team of MoP Coordinators and volunteers along with Mr. S Prassanna Srivastava from APR, Ms. Lerchanta Ally Seeluangsawat from Thailand and Mr. Erwin Samuel Ramli from Indonesia gathered at the World Scout Village. After formal introduction, the team was orientated about the Project and a full rehearsal of the Module activities took place.

The Village was divided into 3 major sectors and further into sub-sectors. The team was ready to implement the concept through interactive modules.

The Teams prepared their respective stations for the Module activities. The particular team was assigned the particular station to work and they ran the modules in teams to deliver the intended concept.

The Scouts and Guides along with their Unit Leaders started to visit the Village from day 1, each visitor enjoyed the activities for 5 hours and learnt a lot about the power of solar energy at SCOUTS GO SOLAR Pavilion, gathered knowledge about How to participate in the SCOUT of the WORLD AWARD and actively participated in the Messengers of Peace initiative. The Jamboree was also visited by the major key leaders of various states and it helped the NSO to let these local decision making leaders witness the activities on site and pave the way to further actions at local levels. We had Young People (Non Scouts) Visiting the Jamboree and they participated in the World Scout Village and this helped us to open the activities to Non Scouts and was appreciated Very Much.

During the Jamboree, a total of ‘21109 visitors’ including Scouts and Non-Scouts paid visit to the Village and a hands on experience was given to the young People and Adult Leaders about the flagship programs of WOSM and with Skill sets to Register & Upload their Scouting & Guiding projects on www.scout.org

GSIndia from India
Posted 8 mois ago

by Pankaj Gupta
from India, il y a 2 années 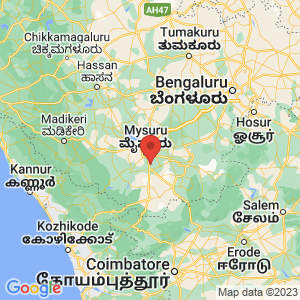 Sustainable Communities
No Poverty
Zero Hunger
Peace, Justice and Strong Institutions
Reduced Inequalities
Affordable and Clean Energy
Are you sure you want to delete this?
Welcome to Scout.org! We use cookies on this website to enhance your experience.To learn more about our Cookies Policy go here!
By continuing to use our website, you are giving us your consent to use cookies.