Our District Association organised the ANTI-NOISE POLLUTION DAY on 23rd October 2016 through a Road Rally from Purwanchal Vidyamandir to Surakayna Balika Vidyalaya via Ultadanga.
150 Scouts and Guides and Adult Leaders from Seven Units of East Calcutta DA participated in this event. At 9:00 am rally started from Purwanchal Vidymandir Kakurgachi and ended at Surakanya Balika Vidyalaya Phoolbagan via Ultadanga VIP Road crossing covering about 4 Km road and 4 Wards of KMC.
Objective of the Rally is to create awareness among the local citizen about noise pollution from the fireworks or crackers on the occasion of Diwali. During Diwali people used to play with crackers, which is very harmful for human beings, other animals and environment.
So we our Scouts and Guides took the initiative to changes the human’s behaviour to stop the noise pollution at the time of Diwali.
Miss Pushpita Barik(The Principal of Purwanchal Vidyamandir and Former Asst State Commissioner Guide) had taken all the responsibilities regarding this event. Mrs Debjani Dutta (Vice-President of East Cal. D. A. & Head Mistress of Surakanya Balika Vidyalaya) also joined us and greet the participants at the end of the rally. DC S and DC G along with all District Officials were present.
We are very glad that many peoples greeted us and congratulate us during rally.
We also got full support from Kolkata Police .

by RajibSingh
from India, il y a 3 années 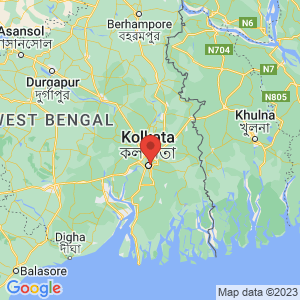