In June 2015, a paper was proposed to the South Australian Branch Rover Council (SABRC) seeking to establish a working group to look into the possible issues and initiatives surrounding diversity and inclusion within the Rover Scout Section in South Australia. The Diversity and Inclusion Workgroup was established and tasked to gather a ‘current status’ report of the Rover Scout Section and further recommend actions to be taken by the SABRC.

The Workgroup then looked into the issues surrounding the current status of the Section in regard to its make up and diversity, and found that while the Section was open to anyone, it’s make up lacked diversity of cultures, languages and experiences. Research and recommendations then turned to Aboriginal and Torres Strait Islanders, Multiculturalism, Special Needs, LGBT+, Women, Leaders under-26, and Rural and Regional Rovers, where a variety of diverse and wide ranging outcomes and ideas were developed and matured.

Upon looking at the potential different sectors of society and culture within the Section, the workgroup then looked at structural and organisational changes that may need to be considered by the Section and ultimately the Branch. The workgroup then broadened its reach and looked at other National Scout Organisations, Branches and Rover Councils for examples demonstrating best practice for diversity and inclusion ranging from low-level grassroots support through to ensuring that Scouting is for all.

The workgroup then turned its focus onto getting Rover Scouts into the Section, supporting them through the Section and then ultimately leaving the Section and the Youth Program discussing what could and should be provided at each stage. This staged insight into the journey of the Rover Scout ensured that each step of the way was accounted for including the need to have a balanced program that following the basic fundamentals of Scouting including the Scout Method and the Areas of Personal Growth.

In short, the Recommendations Report is a foundational document that will provide the basis for growth, sustainability and ultimately diversity and inclusion within the Rover Scout Section in South Australia.

The 32 Recommendations of the Report are devised in such a way that each will require a varying degree of effort regarding their implementation and cooperation from National (the Australian NSO), South Australia Branch, the Branch Rover Council, Crew Leaders, Crews and importantly from each individual Rover Scout in South Australia.

johnathanmorey from Australia
Posted 3 années ago

Great work Patrick :) this will be great to share with the other parts of Scouts Australia, and i hope this inspires the work of the Diversity and Inclusion work at WOSM.

by Patrick Smith
from Australia, il y a 3 années 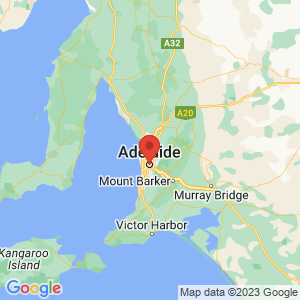 Sustainable Communities
Reduced Inequalities
Peace, Justice and Strong Institutions
Industry, Innovation and Infrastructure
Gender Equality
Decent Jobs and Economic Growth
Are you sure you want to delete this?
Welcome to Scout.org! We use cookies on this website to enhance your experience.To learn more about our Cookies Policy go here!
By continuing to use our website, you are giving us your consent to use cookies.