Since the inception of ‘Messengers of Peace’ initiative in India in September, 2013, the MoP intervention made an impact in the Scouting scenario of Himachal Pradesh. In July-2015, the WSB team conducted a Mid Term Evaluation of the MoP initiative in Himachal Pradesh and the team was impressed by the impact. The leadership in the State of Himachal Pradesh requested for a workshop for the local participants of Himachal Pradesh. To promote MOP Initiative at the District & Local Level and to educate the Leaders and Rover Scouts in the all 12 Districts of Himachal Pradesh and to take the initiative to the grass root level. The National Headquarters with the support and approval of the WOSM/APR the ‘Messengers of Peace Local Coordinators Gatherings’ were planned in 4 different areas of INDIA.
The first of the Gatherings was held at SCERT Solan, Himachal Pradesh from 2nd to 6th December, 2015. In this gathering we had 34 participants representing 11 Districts of Bharat Scouts & Guides, Himachal Pradesh. The participants represent a mixture of professionals, volunteers, teachers and students.
Shri Shree Prassanna Srivastava, Director, Development Support and Finance, WOSM/APR Region was the Director & Resource Person for the event. Mr. Krishnaswamy R, MoP India Coordinator from NHQ and Mr. Madhusudan A S MoP Coordinator from Karnataka, worked as Resource Person. Mr. Pankaj Gupta, MoP Coordinator from Himachal Pradesh was the Gathering Coordinator.
A team of 6 professionals and volunteers from Himachal Pradesh worked to provide required logistics for the success of the gathering.
The Gathering was opened by Dr. JS Negi, State Commissioner (Scouts), BSGHP, in presence of Sh. Durga Dass, State Training Commissioner (Scouts).
The participants were integrated during the first session on 2nd December 2015, the personal expectations of participants were collected and gathering objectives were discussed.
Formal sessions covering the concept of Messengers of Peace, Registering in the WOSM web site, uploading the activities/ projects/ success story in the web site. Organizing the orientation for young people on MoP, planning of activities for peace initiatives etc. were conducted during the first 2 days. An opportunity to interact with young people and initiate them to the Messengers of Peace initiative was undertaken thru a field Visit to Government Girls Senior Secondary School, SOLAN. A total of 171 Students including Scouts and Guides were oriented and 64 new members were registered in the WOSM website. The Role of Coordinators for Messengers of Peace was discussed and finalized. The workshop concluded with the action plans and evaluation.
The Closing Ceremony of the gathering was held on 6th December, 2015. Prof. Dinkar Burathoki, Director of Higher Education, Govt. of Himachal Pradesh and State Chief Commissioner, Bharat Scouts and Guides, Himachal Pradesh was the Chief Guest of the ceremony. Shri Shree Prassanna Srivastava, Director, Development Support and Finance, WOSM/APR presented the Certificates and delivered the closing address. Dr. Devinder Dutt Kashyap, State secretary, BSGHP proposed the Vote of thanks.
The local team under the leadership of Prof. Dinkar Burathoki made tireless efforts to get things done in time for effective conduct of the gathering.
On behalf of the Bharat Scouts and Guides, Himachal Pradesh we like to place on record our gratitude to Asia Pacific Regional Support Center of WOSM and National Headquarters, Bharat Scouts and Guides for extending support for successful conduct of the event.

madhu@scout.org.in from India
Posted 4 années ago

Shameer from India
Posted 4 années ago

Congrats sir..... Sir how can I contribute my efforts towards messenger of peace...????

Sir are you from west Bengal

by Pankaj Gupta
from India, il y a 4 années 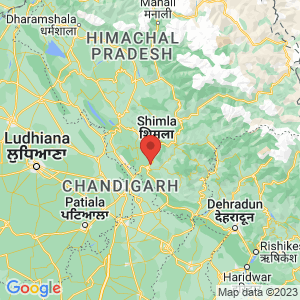 Sustainable Communities
Quality Education
Reduced Inequalities
Peace, Justice and Strong Institutions
Decent Jobs and Economic Growth
Are you sure you want to delete this?
Welcome to Scout.org! We use cookies on this website to enhance your experience.To learn more about our Cookies Policy go here!
By continuing to use our website, you are giving us your consent to use cookies.