The launch of the Scouting proficiency Competition for Advanced scouts

The launch of the Scouting proficiency Competition for Advanced scouts:
It’s a competition organized by the seeb rover scouts group with the corroboration of the Muscat governorate commission for scouts and guides for the Advanced Scouts in the governorate of Muscat (Seeb state and Boshar state).
It aims to prepare the Advanced Scouts for the Sultan Qaboos Cup for Scout Superiority which organized by MOE (Ministry of Education) represented In The Directorate General of Scouts and Guides .In addition giving the Advanced scouts the skills and knowledge necessary to engage in the Rover Scout phase which carries the Title (Community Service and Development).

The Competition is divided into 4 stages:

Stage 2 (JOTA-JOTI):
This stage focuses on the participation of the scout groups in the 56th JOTA and the 17th JOTI event through the communication station which is established by the Seeb Rovers in their headquarters.

Stage 3 (Domestic evaluation):
This stage focuses on the evaluation of the participating scout groups on many point including the spirit , appearance and the applications to scout meetings such as the meeting of the scout Board of honor and the general scout meeting and other basics Scout work.

Stage 4 (Set Up your Tent):
This stage focuses on setting up a scout’s camp in one of the tourism places to evaluate the scouts on the way they set up their tents , their mastery of the skills concerning the lives of scout camping and how to deal with the environment and preserve it. In addition , introducing the scout skills and abilities to the community.

by Seeb Rovers
from Oman, il y a 6 années 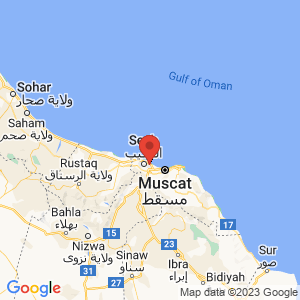 Sustainable Communities
Quality Education
Reduced Inequalities
Peace, Justice and Strong Institutions
No Poverty
Zero Hunger
Are you sure you want to delete this?
Welcome to Scout.org! We use cookies on this website to enhance your experience.To learn more about our Cookies Policy go here!
By continuing to use our website, you are giving us your consent to use cookies.