Ramadan Kareem – Palestinian Scouts are Messengers of Peace in alQuds

Ramadan Kareem – Palestinian Scouts are Messengers of Peace in alQuds
The Al-Aqsa Mosque is located in the old town of Jarusalem (Al Quds in Arabic) – a holy city for the three major Abrahamic Religions, Judaism, Christianity and Islam. Al-Aqsa Mosque is the third most holy site of Islam. It is a place of particular importance during the holy month of Ramadan, during which Muslims all over the world fast from sunrise to sunset. The Palestinian Scout Association has launched a project taking 600 Palestinian Scouts, girls and boys of different age sections, to the Al-Aqsa Mosque for an entire month to serve those observing Ramadan. Thanks to the support of the Messengers of Peace initiative, during the entire month of Ramadan (20 July to 17-18 August 2012), Palestinian Scouts will serve at the Al-Aqsa Mosque in several ways to help the people. Scouts will help provide a safe and secure environment for those who are fasting and coordinate the breaking of fast meals and prayers at the holy Mosque. The Scouts are also in charge of entry and exit points to the Mosque and are taking care to ensure that everyone remains healthy as they fast in extreme heat and trying conditions. Scouts spray cold water on very hot areas around the Mosque for people to walk and move around without getting burnt in the heat and also preventing those who are fasting from getting dehydrated especially because they don’t drink any water during the day.Palestinian Scouts are specially working hard to support the elderly, disabled and sick at Al-Aqsa. Most importantly, the Scouts also get to pray at the holy Mosque and carry on their own fast despite their service tasks. This service project is a rare and unique opportunity for the young Scouts, as it is not easy for Palestinians to obtain permits to spend so much time in Jerusalem.The participating Scouts received high-level training in several areas (including first aid) before the start of the holy month of Ramadan, preparing them for their service project. Some of the Scouts also received special training on media and communications. The project and training were done in partnership with the Palestinian Red Crescent, Jordanian Ministry of Awqaf and Zakat (a charity organisation). Messengers of Peace support also helped the Scouts to be dressed in uniformed t-shirts for easy recognition by devotees and fellow Scouts. Several brochures and promotional materials on Scouting are being distributed to promote Scouting.The Palestinian Scout Association has itself been an excellent example of promoting Messengers of Peace as it has been transformed into a diverse organisation following the recent General Assembly with people in the leadership coming from several faiths, beliefs and religions. The recently appointed Secretary General is a Christian.Dr. Atif Abdelmageed, the Regional Director of the Arab Scout Region says: ‘I feel proud of our Scouts in Palestine, who are being role models for many young people in their area. I appreciate them for their openness and for dedicating their time and efforts in solidarity for helping other people.’Some of the Muslim Scouts serving as part of the project will be given support to travel to Mecca in Saudi Arabia for a Umrah (pilgrimage). 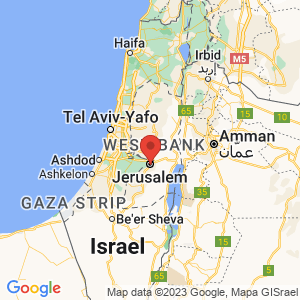 No Poverty
Zero Hunger
Peace, Justice and Strong Institutions
Reduced Inequalities
Are you sure you want to delete this?
Welcome to Scout.org! We use cookies on this website to enhance your experience.To learn more about our Cookies Policy go here!
By continuing to use our website, you are giving us your consent to use cookies.