Association of Scouts of Azerbaijan participated on "Azerbaijan Flag Day"

The flag of Azerbaijan (Azerbaijani: Azərbaycan bayrağı) is a tricolour featuring three equally sized horizontal pales of blue, red, and green, with a white crescent and an eight-pointed star centered in the red. The blue symbolises Azerbaijan's Turkic heritage, the red stands for progress, and the green represents Islam. The official colors and size were adopted on February 5, 1991.The flag is referred to in the Constitution and mentioned two times in the national anthem. On land, the flag is used as the civil, state and war flag; at sea, it is used as the civil, state, and naval ensign, as well as the naval jack.
The tricolour replaced an earlier design used by the Azerbaijan SSR. A presidential decree declared November 9 as the national Flag Day.
And this year 2012, on November 9, Association of Scouts of Azerbaijan (ASA) planned and hopefully finished the holiday walking by Scout parade to the Flag Square. 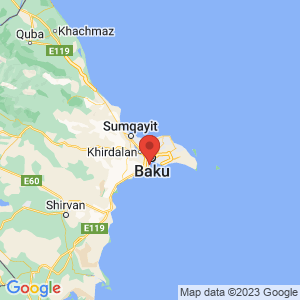