The children started singing the National Anthem when the PM entered the hall waving at the young people. And the scouts students also sang Nepal Scouts Song. A young boy scout and a Girl scout facilitated the interaction program.

The young people were actively participated in the program. They asked the PM about his childhood where the PM replied in a funny manner and the young people were all cheered him for his answers. The children queried the PM about all sorts of issues  related to children, for example, issues regarding the education for children in poverty, safety and security of young people, girls in particular and issues about the government's action plan for creating a better world.

The children from many schools were provided with a Photo call with the Prime Minister. Nepal Scouts provided New years gift to all participating children on behalf of it's Patron.

Scout children from Fourteen Schools were part of the program. The participants numbered more than Thousand  including Scouters, Scouts, Students & Teachers.

After the program, the children looked really happy to see their Prime Minister and Patron of Nepal Scouts. One of the participant told us that she was happy to see the PM and was satisfied with the answers from the PM regarding the questions arised by children. The young duo who were at center stage of the program to facilitate for his fellows, were so elated for such an opportunity provided by Nepal Scouts that they witnessed an awe inspiring moment in their life. They Nepal Scouts for selecting them as facilitators And they told us that they want to develop their leadreship skills and be a leader. Other boy who hails from a remote part of Nepal looked equally impressed. He told that this program has changed his mindset about the leaders and the government. He is optimistic about positive changes would come.

Nepal Scouts is committed to organize such programs in all seven provinces for the young people in the future.

The event was broadcasted live in many of main streamed media in Nepal which directly helped Nepal Scouts to promote scouting. 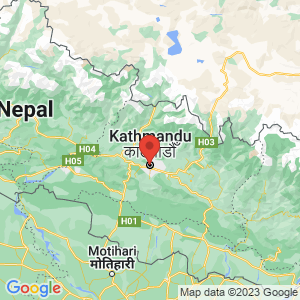 Good Health and Wellbeing
Peace, Justice and Strong Institutions
Quality Education
Partnerships for the Goals
Are you sure you want to delete this?
Welcome to Scout.org! We use cookies on this website to enhance your experience.To learn more about our Cookies Policy go here!
By continuing to use our website, you are giving us your consent to use cookies.