Street Children are increasingly becoming a social problem rocking the development of most urban centres. Although the actual number of children on the streets is not known with certainty, various research conducted on the subject continues to reveal the significant increase in the number of children turning to the streets. Among the many reasons why children leave their homes only to end up on the streets is the death of their parents and guardians as a result of the HIV/AIDS scourge, chronic poverty and peer pressure from other children.

This exposes them to the risk as they often engage in precarious sexual behavior while living on the street in quest for survival yet they have little or no understanding of HIV/AIDS.

Regardless of whether they know their status, while on the street children develop negative attitude towards HIV treatment mainly for fear of being discriminated resulting in denial, failure to seek treatment thus contributing to the prolongation of the problem.

Uganda Scouts Association provides housing, clothing, food and a loving Scout environment with spiritual development and mentoring. Some of them have been reconciled with their families and others have gone back to school. This has been a success story.

The transformation Centre will be a place where the street Children will learn about peace and reconciliation through scouting as a back borne. Street children will be recruited by scouts and scout leaders and taken to the Scouts campsite to be introduced to the values of scouting. At the Centre they will undergo a program with scout leaders and professional counselors for 3 months in order to promote peace and reconciliation with their families but also to support their overall wellbeing. This center will be formed by several buildings and an administration building where the different sessions will take place.

After 3 months of counselling and guidance training the leaders will trace their families to reintegrate them under the messengers of peace plan. They then can enroll them back into school for those who are interested under the universal primary and secondary School program.
Those who don’t want to go back to school will be trained in skills that will help them survive for example Hair dressing, crafts making, carpentry and joinery, mechanics, Home economics and many others.

Those whose families can’t be traced and those who are not ready to be reconciled with their families will stay at the Scouts camp until they are ready for reintegration. 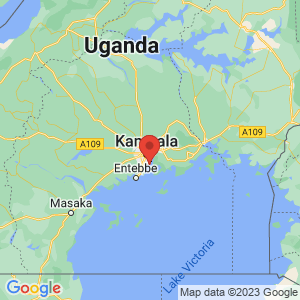 Good Health and Wellbeing
Reduced Inequalities
Sustainable Communities
Peace, Justice and Strong Institutions
Quality Education
Are you sure you want to delete this?
Welcome to Scout.org! We use cookies on this website to enhance your experience.To learn more about our Cookies Policy go here!
By continuing to use our website, you are giving us your consent to use cookies.