Canoeing scout camp came to an end. The camp was marked with various activities organized within 3 days.
The camp was organized by the Association of Scouts of Azerbaijan and it was the second canoeing camp in Azerbaijan.
The main purpose of the camp was raising interest for the sports of rowing that Azerbaijani athletes attends succesfully in Olympic Games and the World Cup among youth and to promote scout movement in Mingachevir .
During the camp, participants were taught canoeing, rowing, swimming and at the same time scout skills learned in accordance with the cout methods and traditions.
It should be noted that in the organising of the camp Canoeing Children and Youth Sports school under the Ministry of Education of Azerbaijan, Mingachevir City Executive Power, Mingachevir Children's Creative Center, Ministry of Emergency Escape closely supported.

by Association of ...
from Azerbaijan, hace 1 año 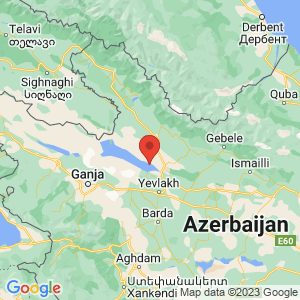 Reduced Inequalities
Quality Education
Peace, Justice and Strong Institutions
No Poverty
Zero Hunger
Good Health and Wellbeing
Are you sure you want to delete this?
Welcome to Scout.org! We use cookies on this website to enhance your experience.To learn more about our Cookies Policy go here!
By continuing to use our website, you are giving us your consent to use cookies.