October of every year is the celebration of Scouting Month as declared under Presidential Proclamation No. 1326. Presidential Proclamation No. 267 has also declared the month of October of every year as “National Children’s Month” to emphasize the importance on the role of the child within the Filipino family and within the Philippine Society. The same Proclamation upheld the Constitutional declaration which “the State recognizes the vital role of the youth in nation building and shall promote and protect their physical, moral, spiritual, intellectual and social well-being. It shall inculcate in the youth, patriotism and nationalism, and encourage their involvement in public and civic affairs’ (Section 13, Article III)”.

The Municipality if Bani, Province of Pangasinan, Philippines hosted the 6th Pangasinan-San Carlos City Council, Boy Scouts of the Philippines KID/KAB Scouts Holiday and Palaro for the First Congressional District of Pangasinan.

Hon. Mayor Gwen Palafox-Yamamoto, Municipal Mayor and the Municipal Scouting Committee Officer and Dr. Milagros O. Opolento, District Supervisor and District Scout Commissioner, are in full support to cater the 9 municipalities and 1 city of the First Congressional District of Pangasinan. It is a historical event of the municipality, wherein it it is the first time to host such event. It was participated by almost 3,000 scouts, parents and adult leaders.

by Neilbrien A. Pamo
from Philippines, hace 5 años 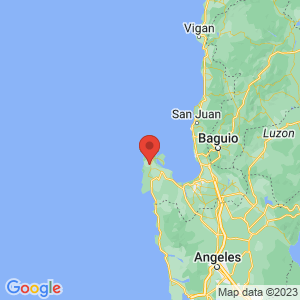 Reduced Inequalities
Peace, Justice and Strong Institutions
Decent Jobs and Economic Growth
Industry, Innovation and Infrastructure
Are you sure you want to delete this?
Welcome to Scout.org! We use cookies on this website to enhance your experience.To learn more about our Cookies Policy go here!
By continuing to use our website, you are giving us your consent to use cookies.