Scouts Australia, Western Australian Branch and the Singapore Scout Association have a very remarkable bond, formed in 2007, which has enhanced the lives of all involved. On the 19th of June, 2013, Scouts Western Australia sent 100 Scouts and Leaders to Singapore to attend the Cuboree I am Possible.
These visits aim not only to have fun, but to provide a cultural learning experience for both countries. Each time the two organisations come together Western Australia present an environmental program. This program aids and assists the Singapore Scouts to understand the vast environmental differences between Australia and Singapore.
The Singapore Cuboree, I am Possible, aimed to put the emphasis on the possibility to do anything. The Cuboree was aimed at the special needs youth members of Singapore, and that’s why the name meant so much; anything is possible even for those members with special needs.
During the visit to Singapore the Western Australians learnt just how much one country in Asia can impact on another – what the impacts and implications are and how it affects the people. Unfortunately due to a smoke haze from a neighbouring country, the Cuboree the Western Australians had flown to Singapore to attend was cancelled.
The Singapore Scout Association worked hard through the night to make sure that the cultural exchange was not unsuccessful, due to the unfortunate cancellation of the Cuboree. The program they presented for the Western Australian Scouts was varied, diverse and unique, and all involved gained knowledge and friendship through the change in plans.
One very memorable item on the program was visiting the Kranji War Memorial. This site holds special meaning to both the Australians and Singaporeans and a Scouts Own was conducted  at the entry to the site, this was in remembrance of those who gave their lives to make our world a better place. As seen in one of the above photos, the youth members are decorating boomerangs. These were gifted from the Western Australian Scouts to the Special Needs Youth in the Singapore Scout Association.
The visit concluded with a wonderful campfire and lots of singing. All Western Australian Scouts learnt new songs and saw cultural performances that they never would’ve seen back home in Australia. During the visit, all involved were exposed to the diverse differences between the cultures and religions. This exposure helps to better the minds of the youth and leaders from both countries, and as the Western Australians left their new Singaporean friends at the airport, it was obvious that the trip was successful in creating a better world for those involved.
Posted on behalf of Scouts Australia, Western Australia Branch 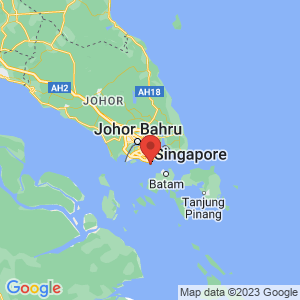 القضاء على الفقر
القضاء التام على الجوع
Are you sure you want to delete this?
Welcome to Scout.org! We use cookies on this website to enhance your experience.To learn more about our Cookies Policy go here!
By continuing to use our website, you are giving us your consent to use cookies.