As his next destination, Datuk Awang Zaini Hj. Suntim, Scout Association of Malaysia's Ambassador of Peace have received a formal invitation from the Governor of Jambi Province, Indonesia for a friendship visit and to acknowledge the good relation and appreciation beween Sabah Scouts and Gerakan Pramuka Indonesia of Jambi Province on November 25th untul 28th, 2019.

For the sole purpose of this visit, about 3,000 Pramuka members have been gathered for the reception as well as a special camp on peace and solidarity and awarding ceremony. 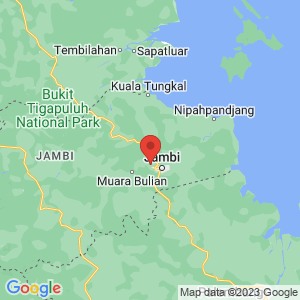 العمل المناخي
الصحة الجيدة والرفاه
عقد الشراكات لتحقيق الأهداف
Are you sure you want to delete this?
Welcome to Scout.org! We use cookies on this website to enhance your experience.To learn more about our Cookies Policy go here!
By continuing to use our website, you are giving us your consent to use cookies.