Scouts Help Mission
In Duara village of district Kullu, there is a person named Surveer Shahi , who is 69 years old . He is the head of the house, who is a chronic asthma patient, suddenly his breath was blocked last month and his wife is Mr. Mati Rupasara . When he was admitted to Manali Hospital, his emergency operation was done, due to sudden operation, the financial condition of his house deteriorated.
According to information received from Shri Karma Chand ji of Duada village, it was found out that his wife was asking for money for treatment of husband in Dobhi Bazaar, in which some were giving money and some were even celebrating, in such a situation when Karma reached Chand's shop. He refused to ask them for money and assured them that he would help them.
When he spoke to India Scouts and members of the Snow Land Rover Open crew of Guides, Rover Bharat Kumar himself met the family where on conversation it was revealed that he needed financial support to go to Bapis Nepal, whose total The expenditure will come to around 7000.
After that the crew's rover scout leader Biju shared this entire story with Mr. Rohit Thakur at the state headquarters, and suggested to collect donations from all the Rovers Rangers of the state through social media through a message.
Then, within the next 24 hours, the young Rovers Rangers from all over Himachal Pradesh gave some portion of their pocket money to this family and collected a total amount of Rs 11001.
After that, the members of the crew also took the responsibility of taking this family to Nepal safely, in which the team of Scouts and Guides managed at every station coming from Kullu to Nepal with the suggestions of State Organization Commissioner Scout Mr. Pankaj Gupta. Which will work to deliver this family safely to Nepal.
Today the family will leave for Kullu to Nepal where a contingent of Scouts and Guides in Nepal is already ready to welcome.
The list of donors for this noble cause is as follows
Aman, Suman Negi, Ranger Leader Punma, Geeta, Suman, Lalit, Babita, Amit, Sachin, Ankush, Vivek, Nancy, Ravi Mehta, Room Singh, Jamuna, Janita, Rahul, Anjana, Suraj, Ajay, Neepool, Tara, Ritu , Sumit, Khimi Chand, Harish, Ranju, Raveena, Balveer and the team of Mandi College.
Let me tell you that today a total amount of 14000 was handed over to the family, in which the crew collected 11000 more from the Scouts family and the Sangam Yuva Mandal Shaman (Duada) of the local village also collected Rs 3000 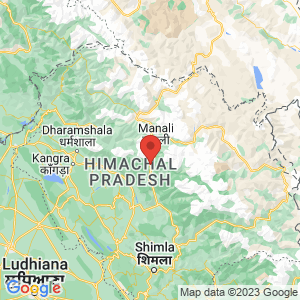 الصحة الجيدة والرفاه
الحياة في البرّ
السلام والعدل والمؤسسات القوية
مدن ومجتمعات محلية مستدامة
Are you sure you want to delete this?
Welcome to Scout.org! We use cookies on this website to enhance your experience.To learn more about our Cookies Policy go here!
By continuing to use our website, you are giving us your consent to use cookies.